A day full of encounters.

During the club night last night, we met David Nordell, who invited us to come and drink coffee this morning and visit his Bugatti garage. 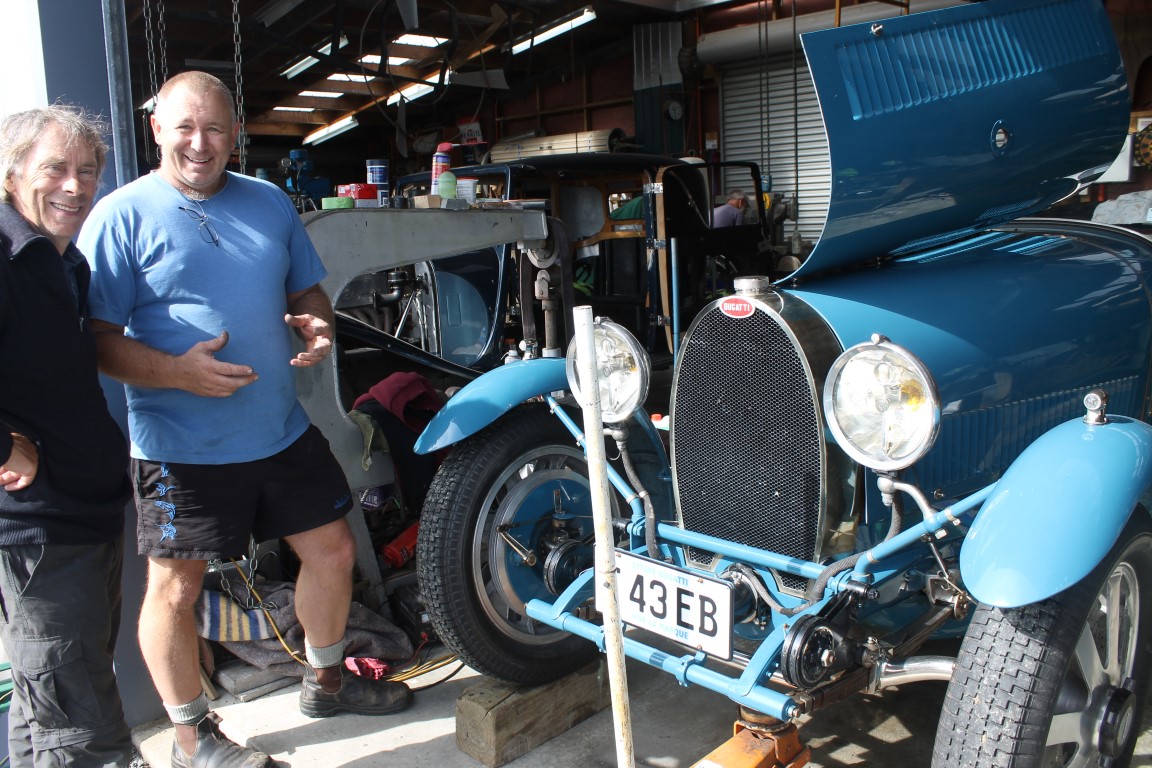 Under the coffee arrived the reporter from the local newspaper and did his best to make beautiful pictures. 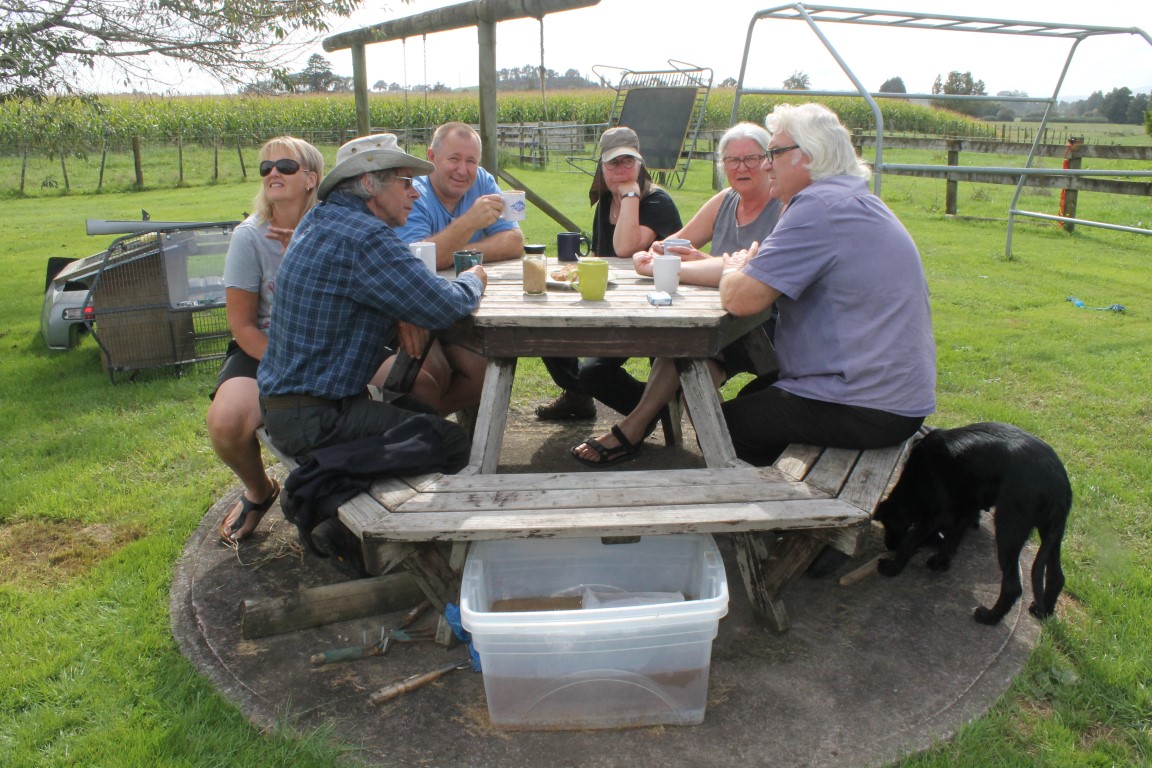 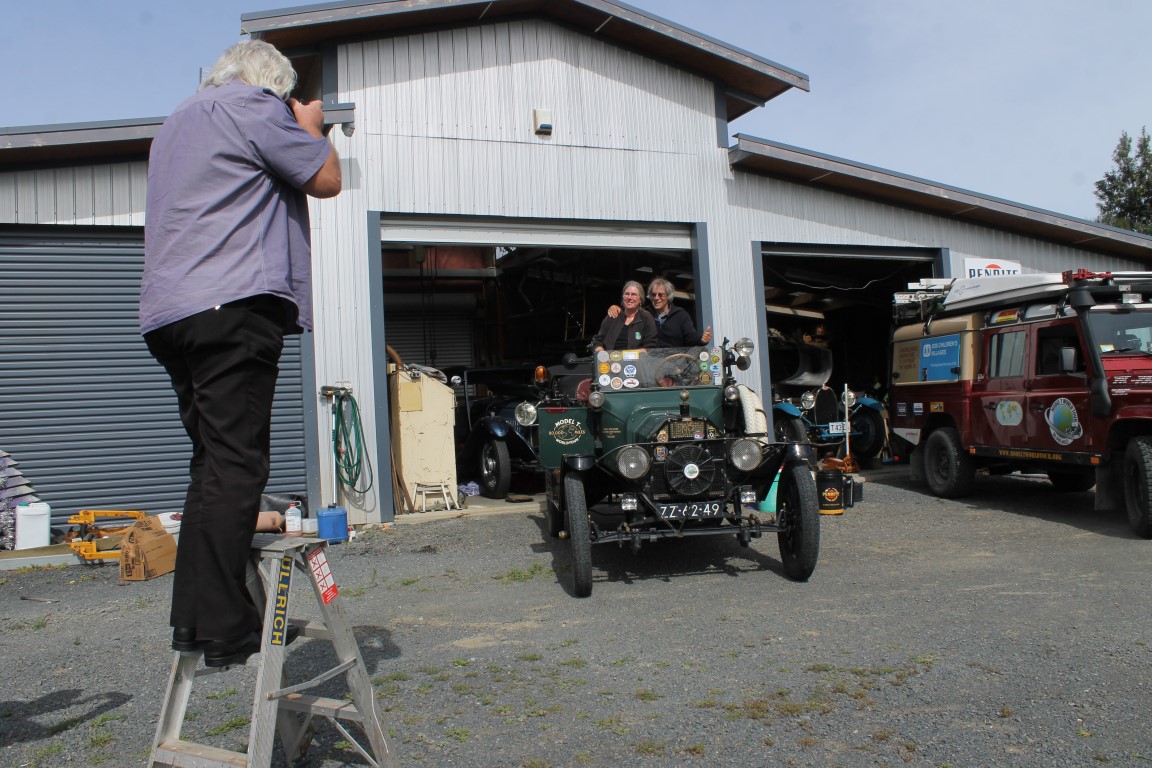 Steef looked at the engine of a Bugatti and saw that it was very busy “under the bonnet” compared to “under the hood” at the T-Ford. 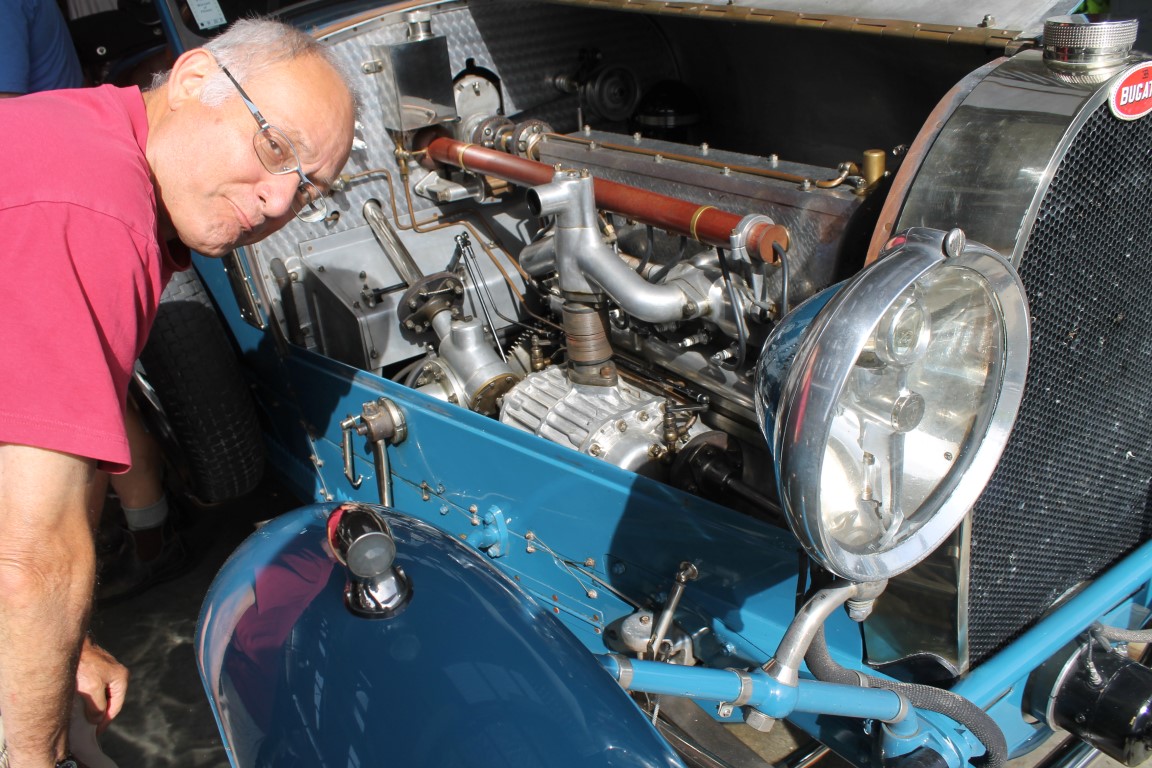 We leave and on the way the drive axle of the Model T gets a little extra grease from Dirk. 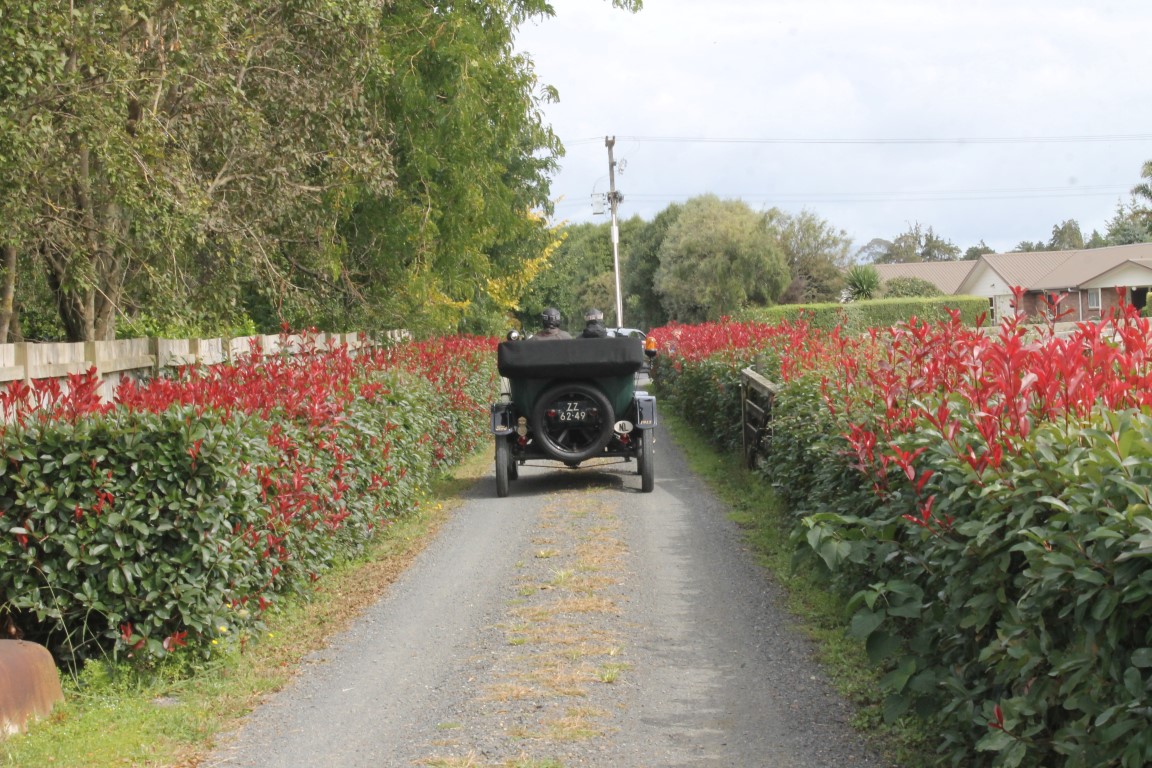 on the road again 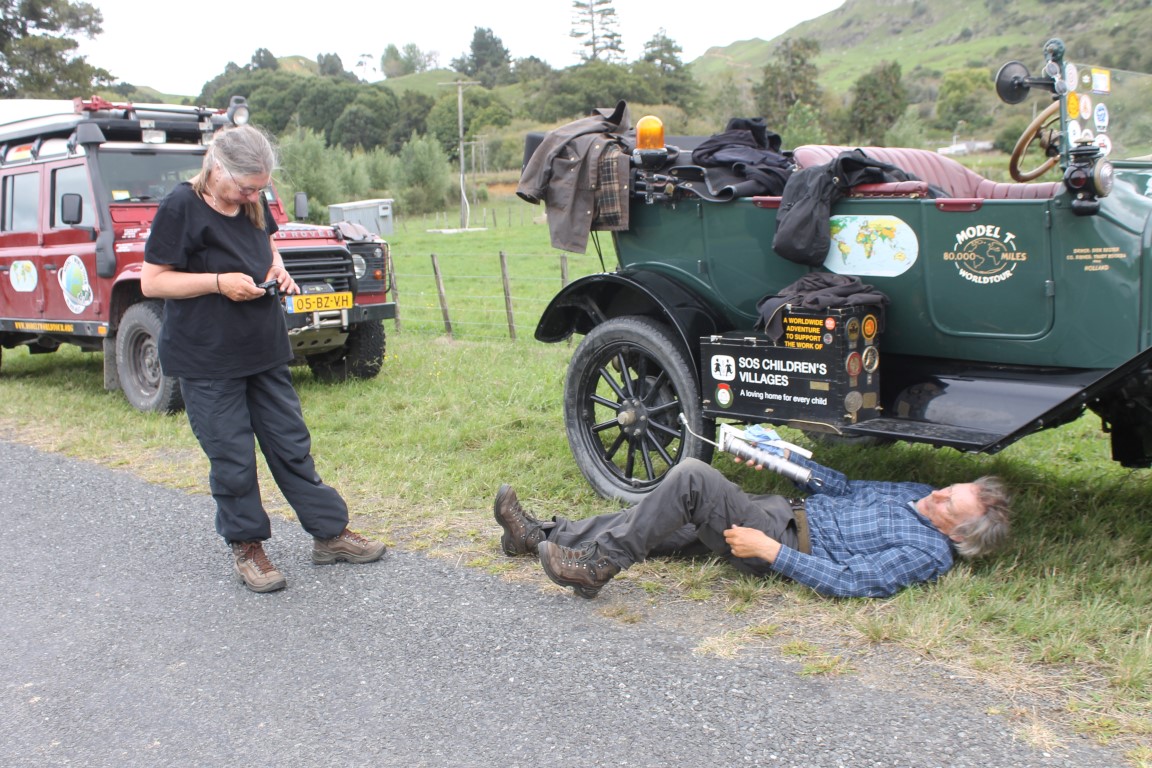 We go on winding roads to Glenbrook, where Chris Lawrence lives. 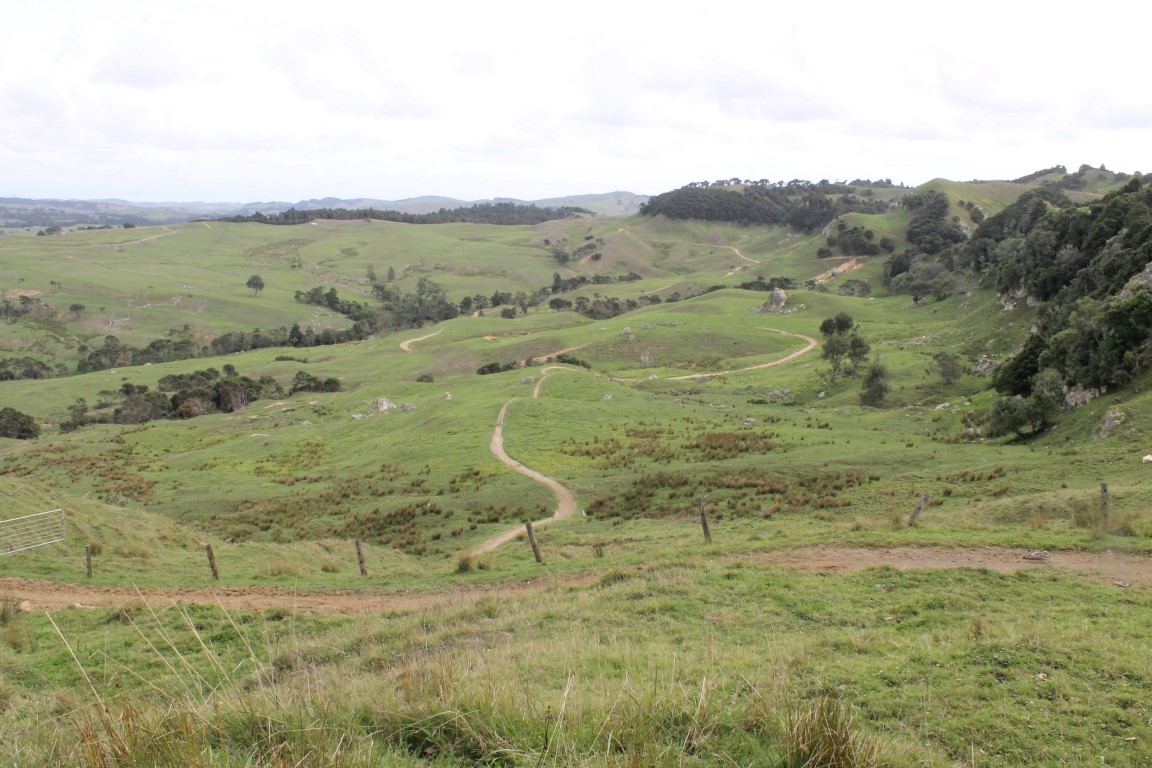 A Model T is parked at the entrance of Chris’s driveway. That way we can not miss his house. 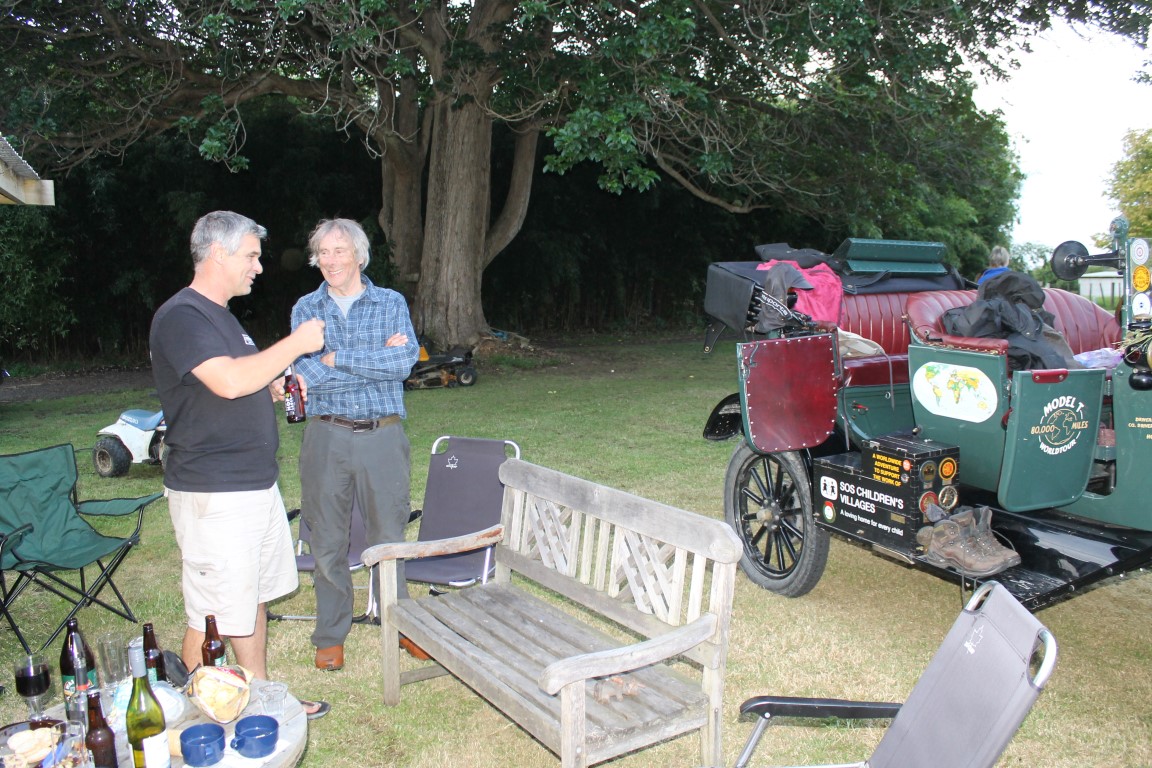 How wonderful to be able to camp here between all those cars, Steef counted 13.
Chris and Erin and Grandpa Quinten told us that as a surprise Bryan and Lorainne Cossey are coming to camp tonight. Bryan really wanted to see the Model T-Ford. 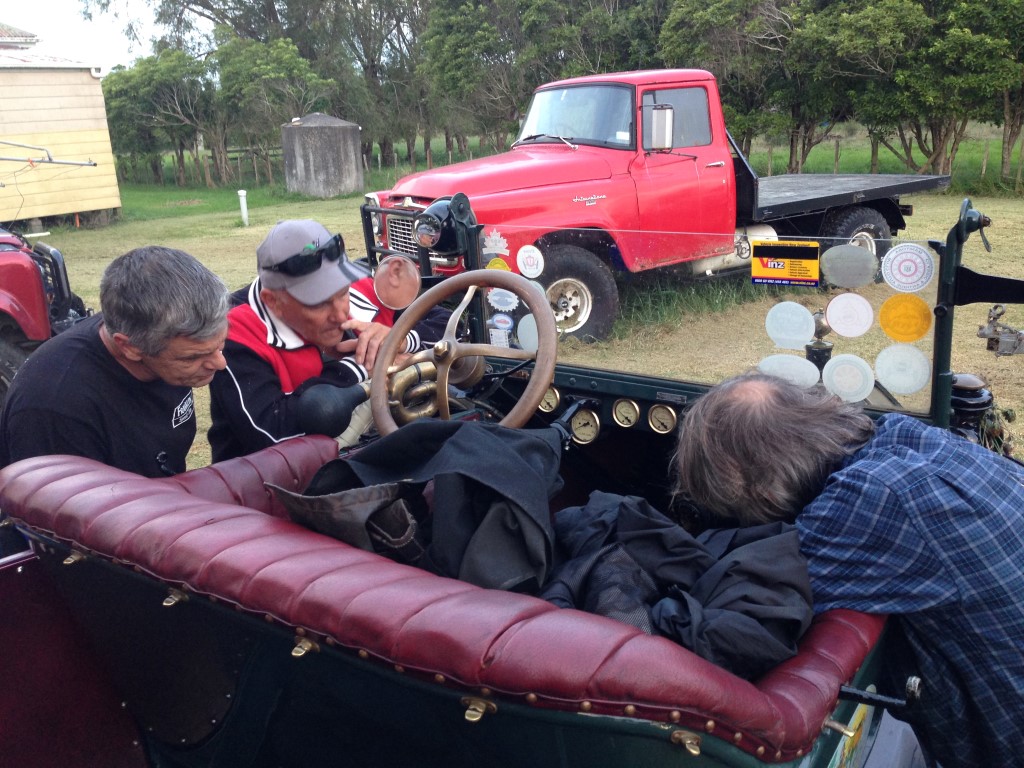 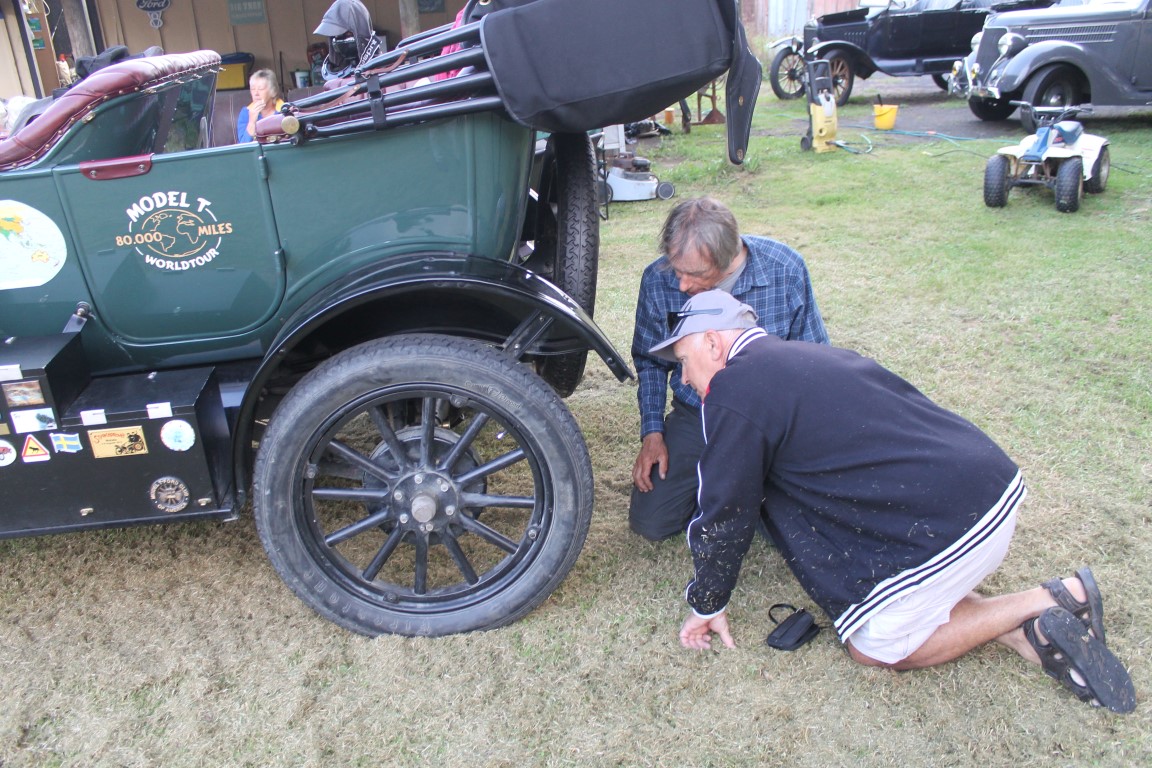 Outside in the neighborhood of the Model T we are offered a delicious barbecue. 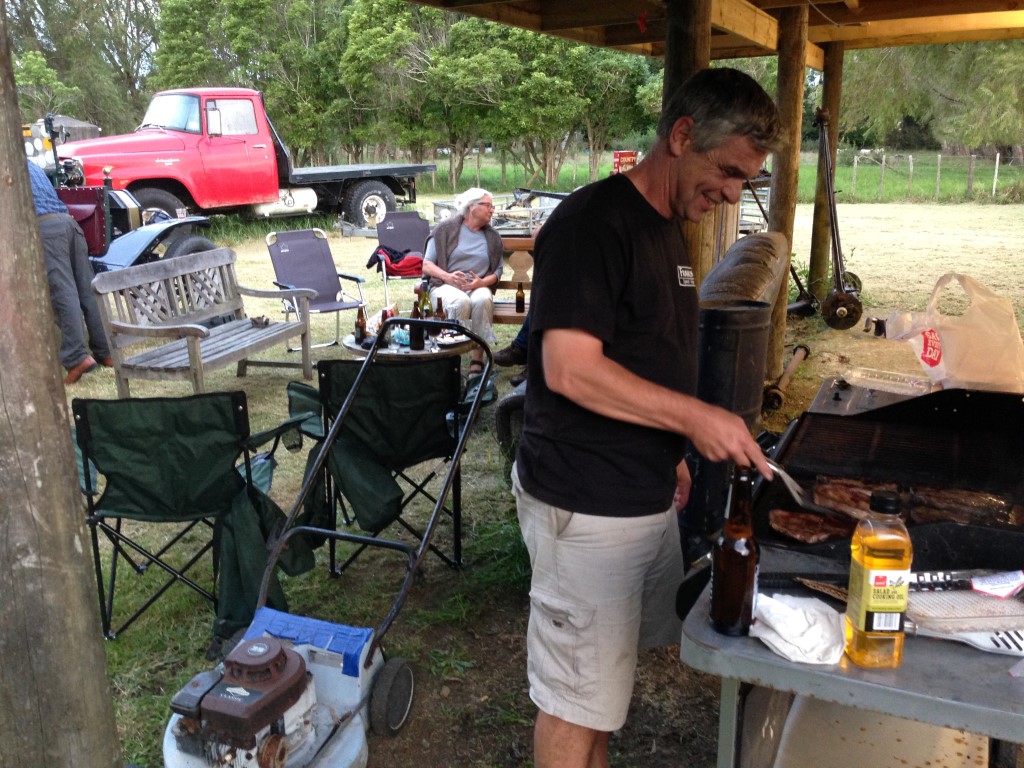