Day with an unexpected meeting in Cambridge.

The care of the Model Tis more extensive today than in recent days. After the lubrication of all points and various controls now also the crosswise changing of the tires. This because of the wear of the tyres. Fortunately we have a Model T with demountable rims. 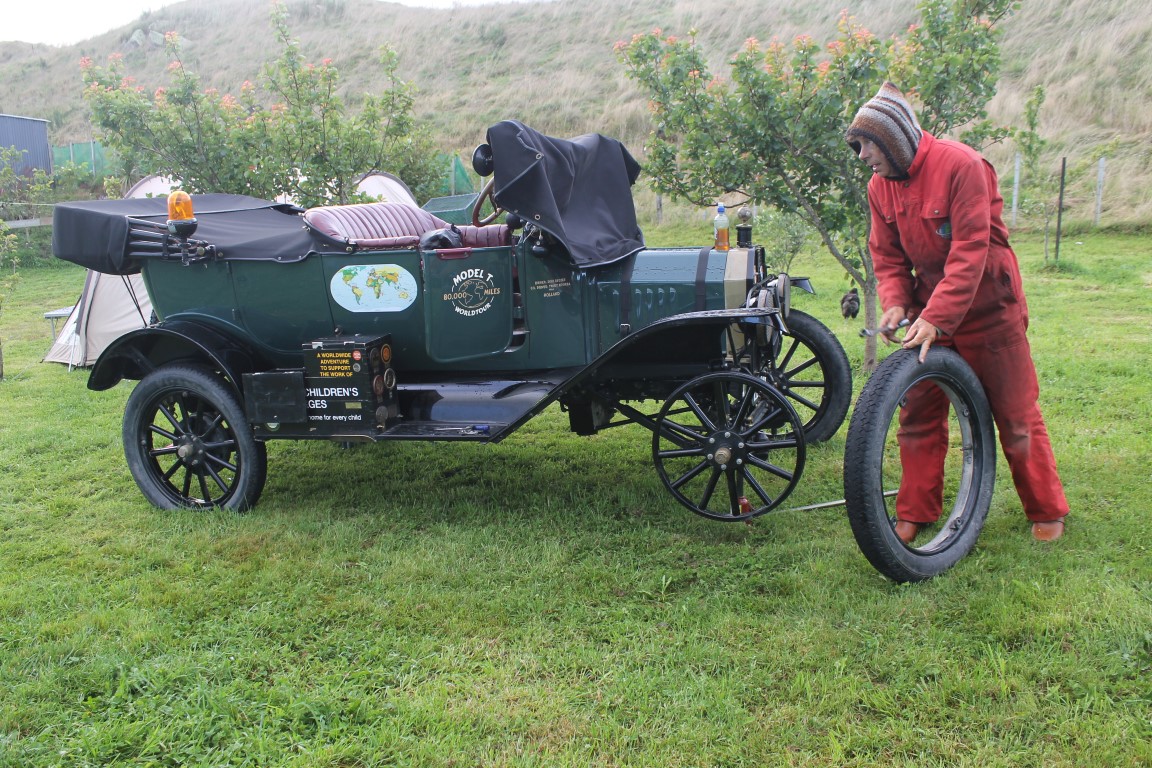 Then we have breakfast with Eddie and Suzanne. Surprise breakfast on the barbecue.

Before we take the mapped route to Auckland, Eddie shows us some highlights of the area.
Including the watercourse and the Huka Falls. When we walk there, we feel like real tourists. I could buy beautiful cards there to send to the grandchildren.

During the coffee break, Dirk tightened the wheel nuts. 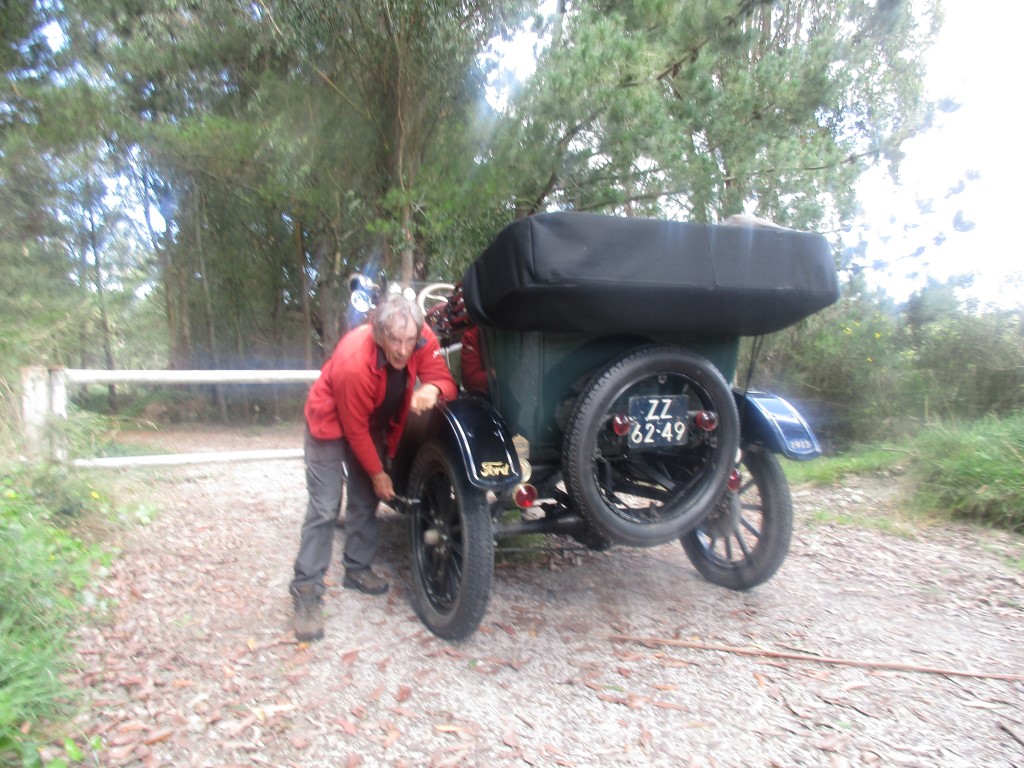 We took pictures at the Waikato River. 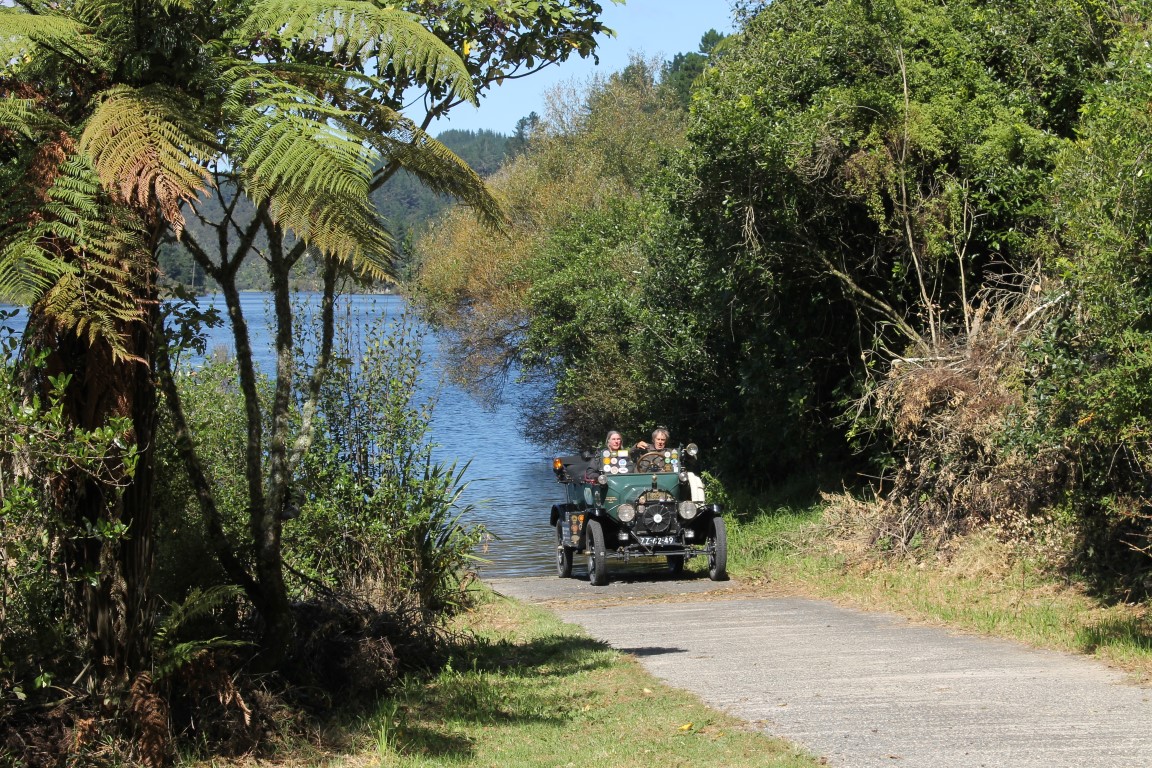 We drive past mountains and a beautiful landscape. The Model T disappears in green.
A search image for the tracking team. 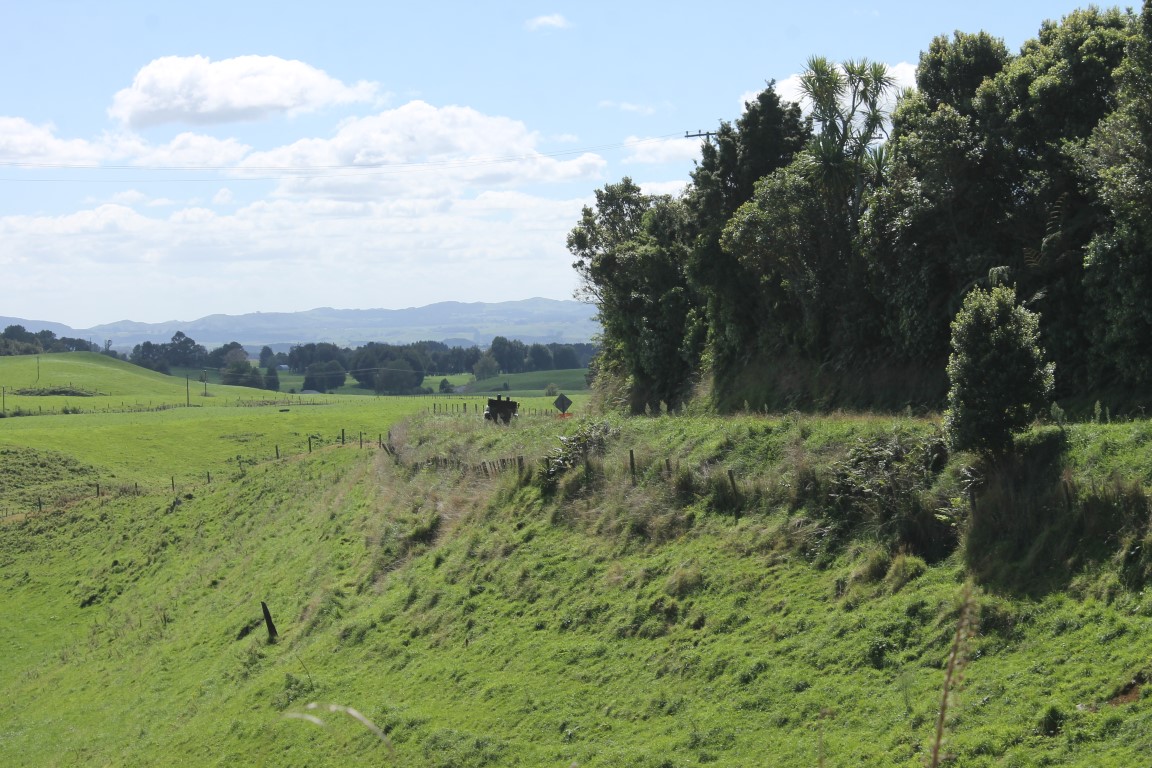 Model T in country side

Our plan was to camp in Te Awamutu but there was no camp site. In Cambridge there is one so only 20 driving. That was very worthwhile. When we arrived at the campsite, Dirk called Bryan Cossey, a Model T guy who lives there. There was just one evening of the Veteran and Vintage Car Club Waikato. We jumped into the Model T again to go there. A challenge. In the dark it is not easy to be a co-driver. 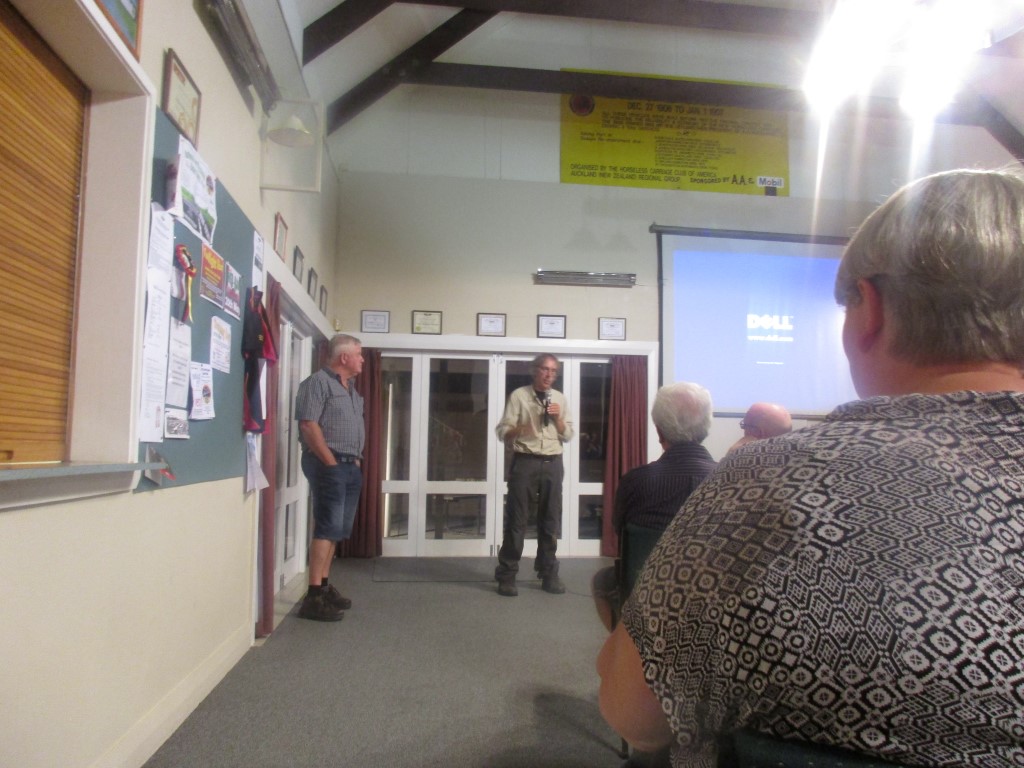 At the club Dirk gave a short presentation and then the Model T was admired.

Bryan took us to his house and showed us his Model T. He had an accident and was now completely rebuilding the T-Ford. 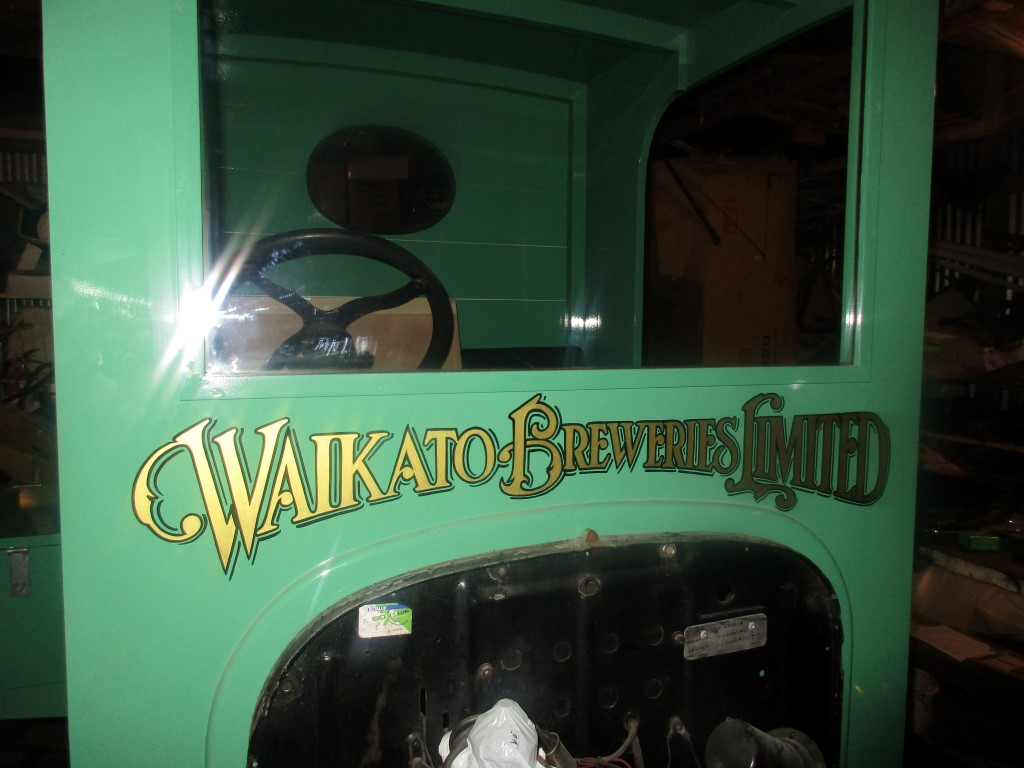 Stories were told back. Bryan called with Chris Lawerenc, a Model T man in Glenbrook, about 230 km. from where we are now and on our route to Auckland.
We agreed with Chris that we would come to him tomorrow.