This morning Pete and Matt leave for Five Rivers (where later Cyclone Gita would strike). Dirk has another surprise for Graeam  a very special T-shirt. Graeme quickly conjures up a shirt for Dirk. After a short interview with a local newspaper, the Ford trip is prepared with very special oil from Graeme. 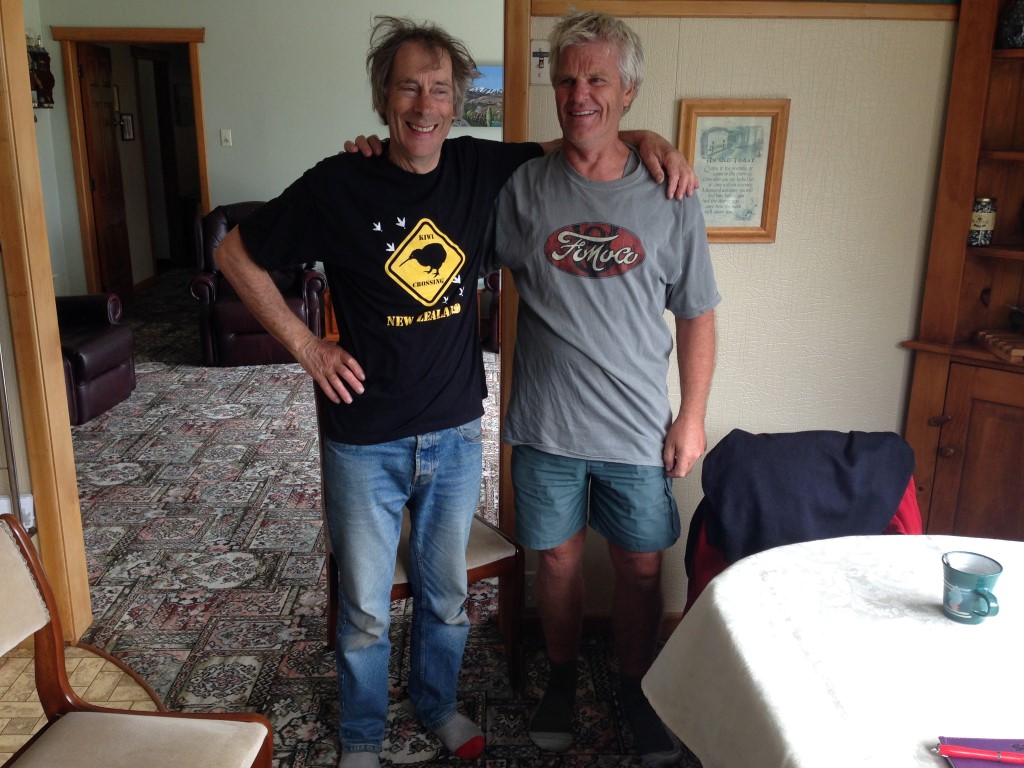 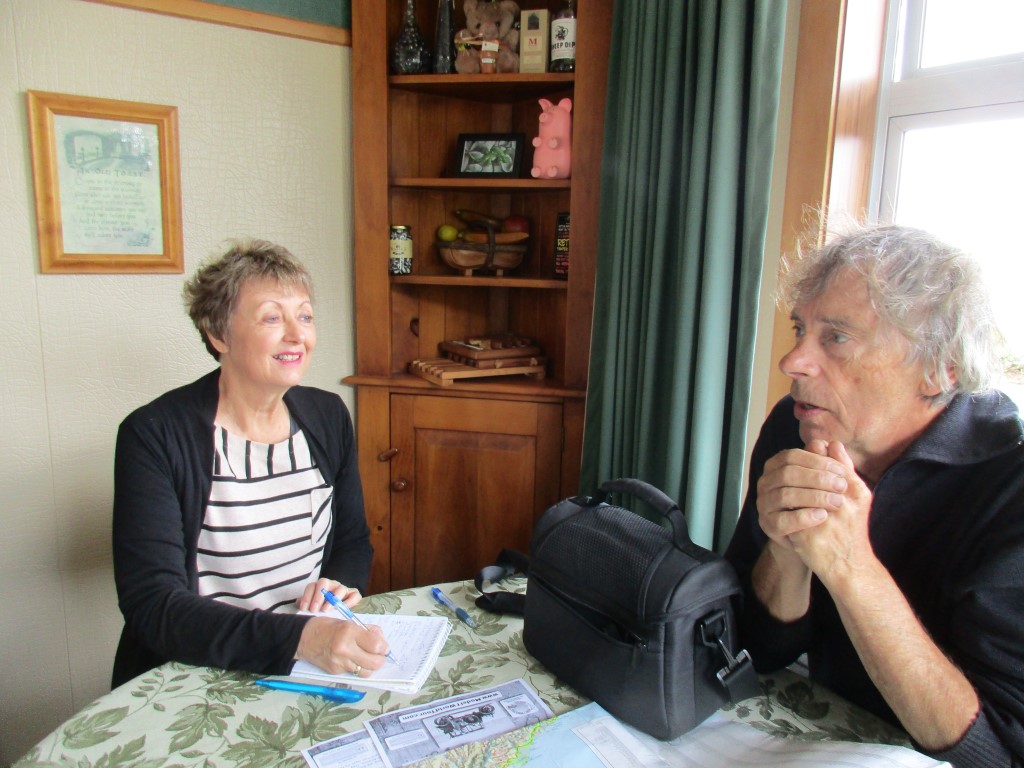 Then it’s time to say goodbye to Robyn and Graeme Young. They have offered us an unforgettable stay. 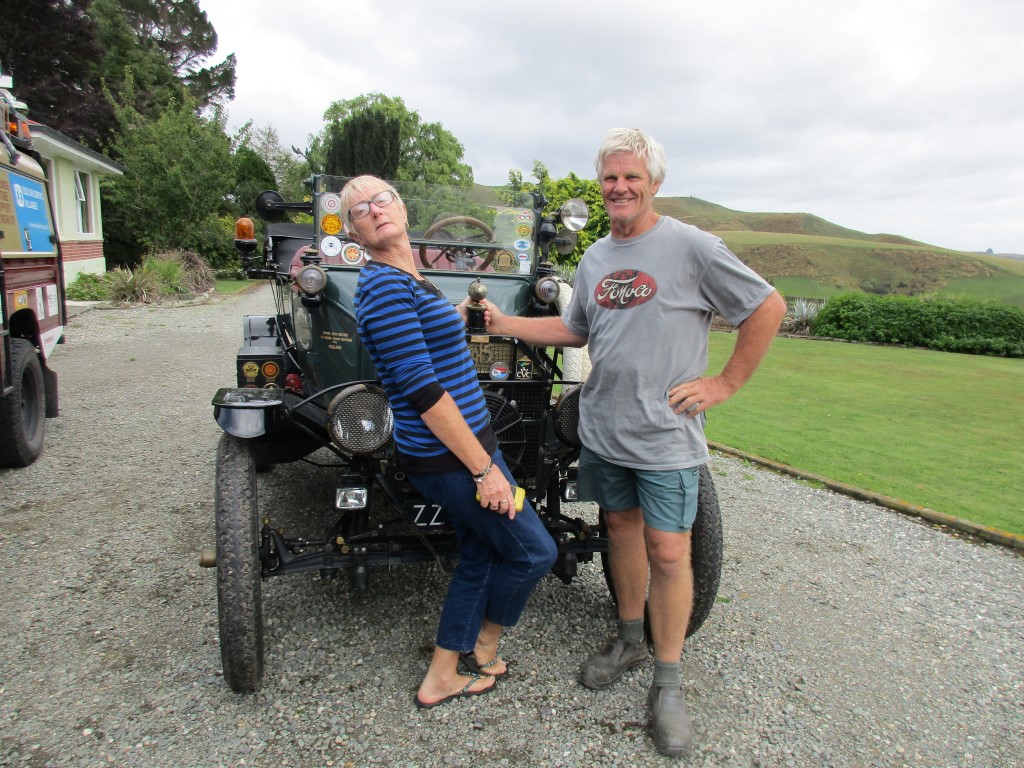 After coffee we head for Dunedin. The landscape here is very green and hilly. Cows and sheep speck the round tops of the hills and the colorful packed hay bales lie like straight dotted lines in the landscape.

When we arrive at the sea we stretch the legs after a cup-a-soup. Large balls of kelp lie like mysterious sea creatures on the white beach. 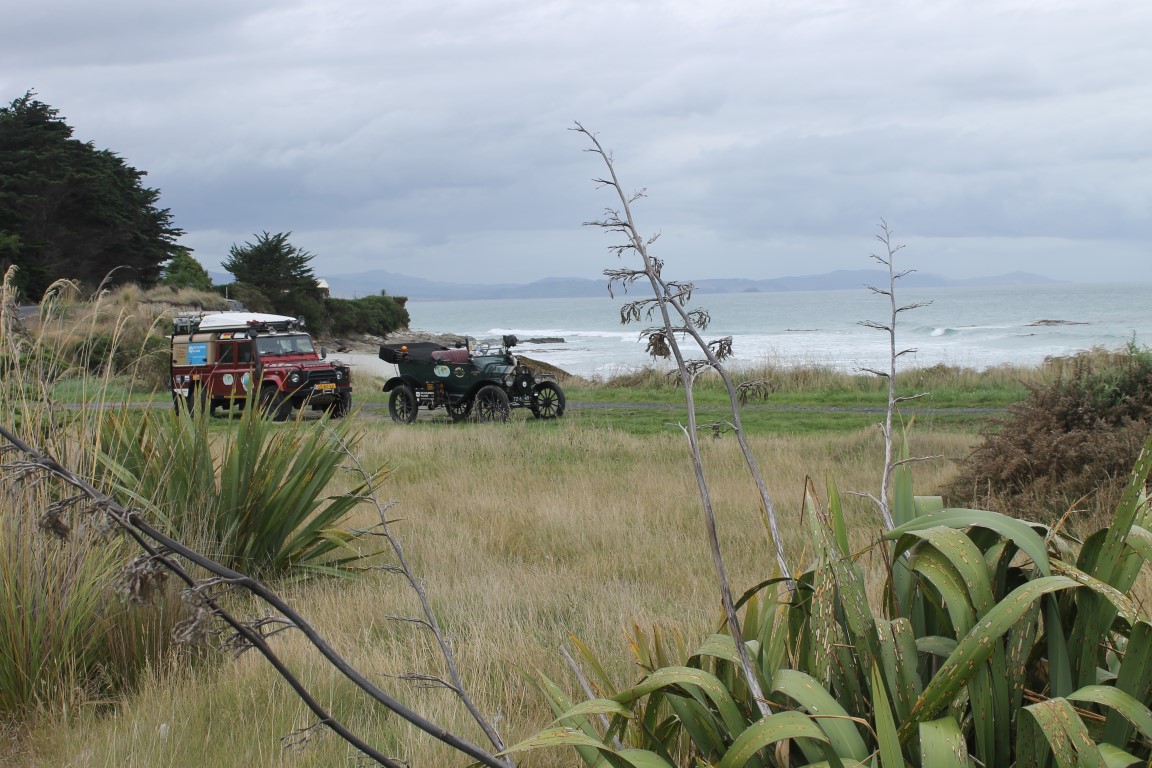 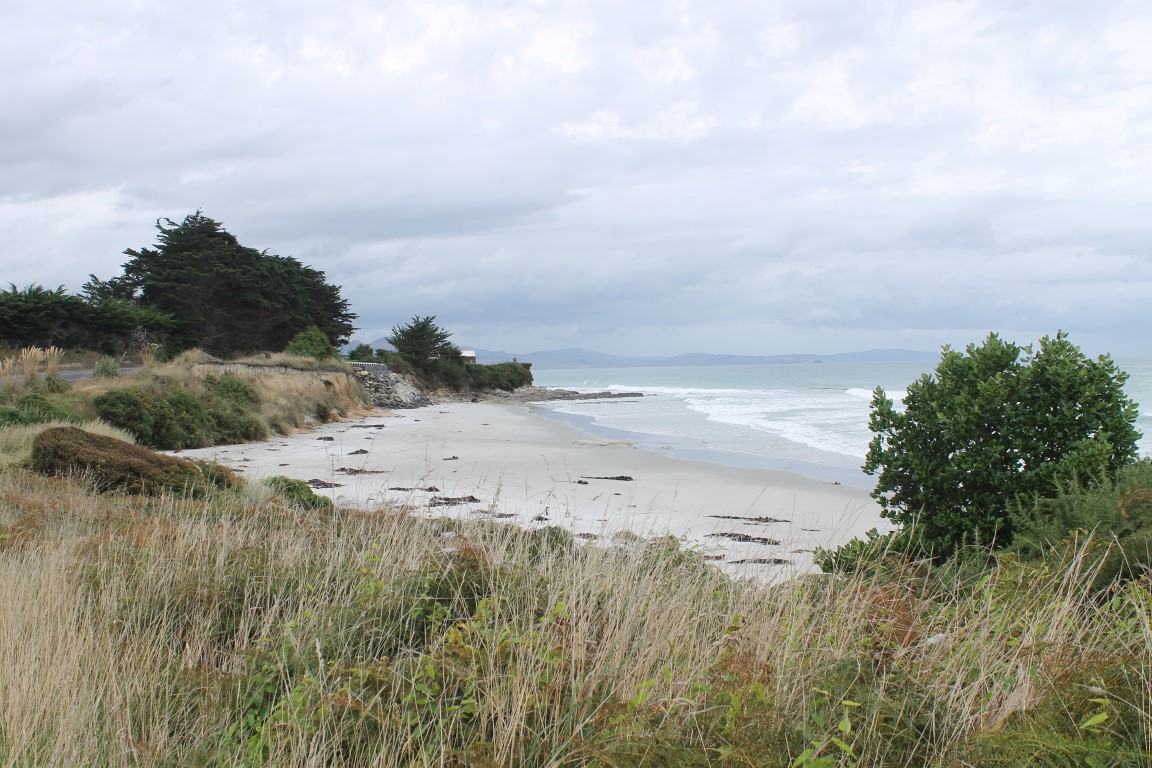 After a winding road over the High Cliff Road of Otago Peninsula we set up the tent at motor camping Portobella. There are many foreigners here and the weather is starting to deteriorate. 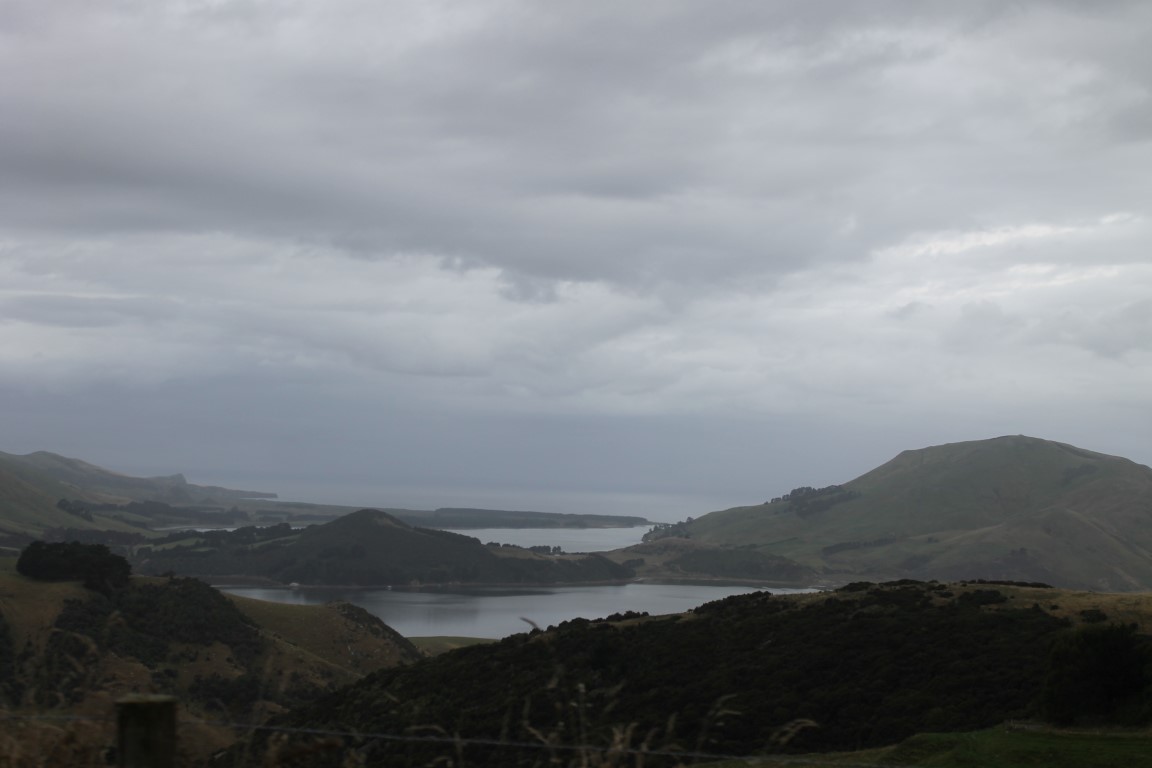