It’s Sunday morning, we have a slow start. Dirk is checking the tyres. He mentions one front tyre has reached the canvas layer. We decided to use our last spare tyre and change the front to the rear. We are out of spare tyres now.
Dirk tries to contact a Ford club in South Africa for extra tyres. 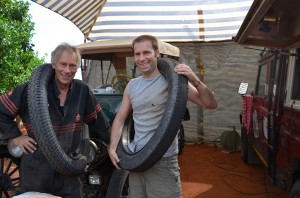 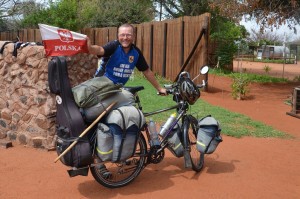 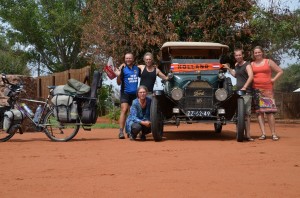 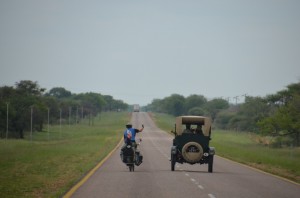 Rafal on the way

We have a good road with a lot of nice views. We search for a place to lunch. 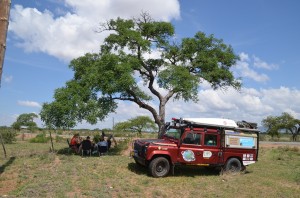 In the afternoon we arrived in Polokwane, a big city.
At 16.30 we arrived at the campsite, in front of a national park. 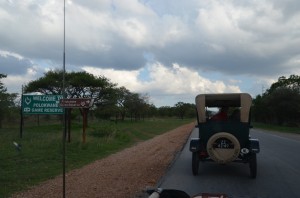 We build our camp. 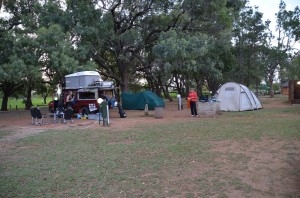 Inge mentions 3 grey animals, we are going to check them. It appears to be 3 rhino’s. This is the last of our big 5. 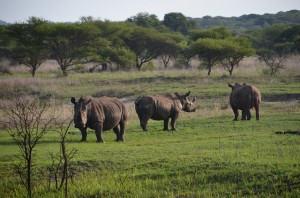 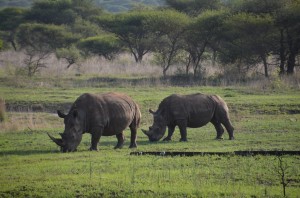 What a huge animals! So close by, one rhino has a very big horn. 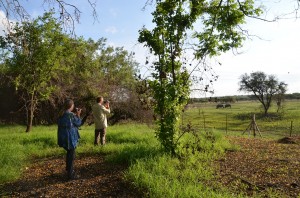 watching at the rhino’s

In the evening Dirk checks in his office if he has some reply on his tyre request.

Today we drove 179km.
Tomorrow we go to the Kruger Park

This entry was posted in news, South Africa. Bookmark the permalink.