After a good night in our ‘private’ cottage, Dirk services the Model T. He can use the car lever again. 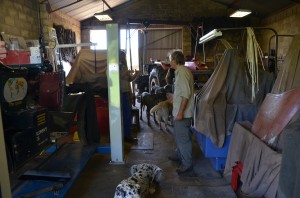 After the service, we film the cars of Kevin, he tells a lot about them.

He started building the 1911 runabout when he bought the headlights in a museum that closed. After that he builds the car ‘around’ it. 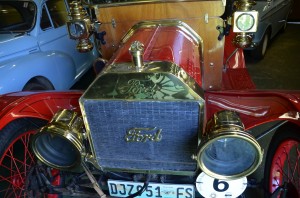 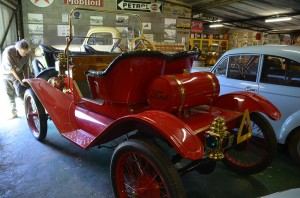 To import the parts from America is a very expensive job. 50% invoice Tax. Kevin is very handy and has many tools, he builds lots of parts by himself. He does this also for other people in the country. He is now building 3 Model T radiators. 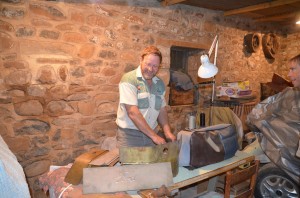 He can talk for hours about cars. 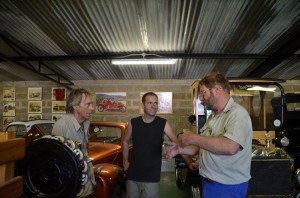 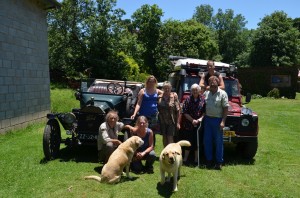 Before we leave the dogs are sitting already in ‘het bakkie’.

Inge doesn’t like dogs very much, but these ones are her friends.

Kevin shows us the way. It’s a nice trip again. 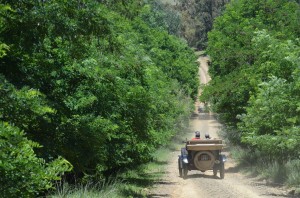 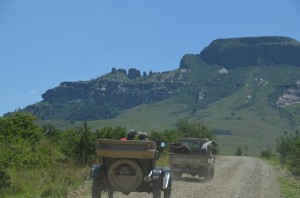 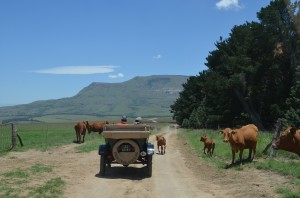 When we arrive at the right road we say goodbye to Kevin, and thank him very much for all his help. 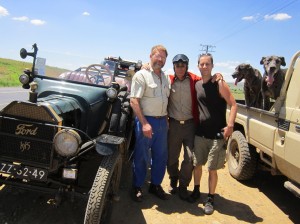 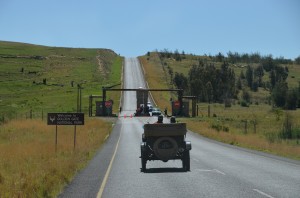 The views are wonderful. 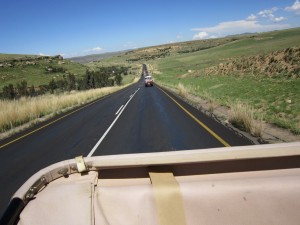 We have to climb a very steep pass. The Ford runs very well, at the top the view is very nice. 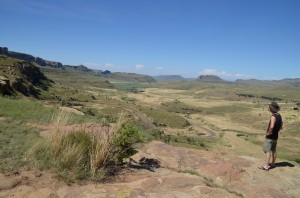 Aside the road there are Ostrich’s, wildebeests, kudu’s and zebra’s. 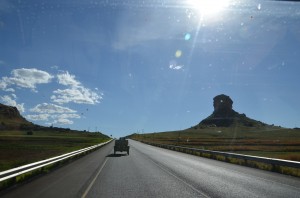 At 17.30 we arrive at Fourisburg, at a campsite between two big rocks, beautiful place. 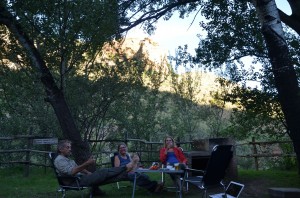 beer on the campsite

Tomorrow we go more south in the direction of the coast.

But first a good sleep in the tent again.

This entry was posted in Africa, news, reisverslag, South Africa. Bookmark the permalink.