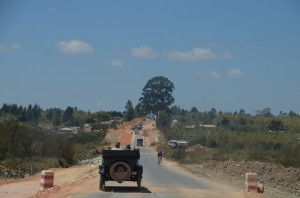 After a few kilometres, the model T runs not good,

We assumed that the re-routing of the fuel line would solve this, but unfortunately it is not solved yet.

Dirk changes the carburetor and after one hour we are on the road again. 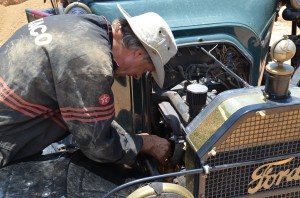 The Model T is still not ok, Dirk removes the air filter.

When we are rolling again, something terrible happened. Dirk-jan and Inge see that the right front wheel of the model T is braking off!

It was scaring to see. 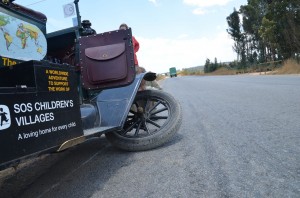 Trudy and Dirk step out of the car, what is happened?! 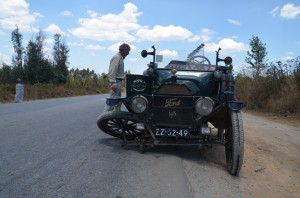 We decided to repair it the African way, we put bunches of wood on the road as a warning triangle.

The fuse pen is broken on two places. 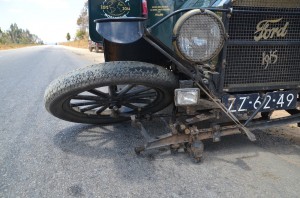 We are sitting on the road, and started to remove the broken parts. 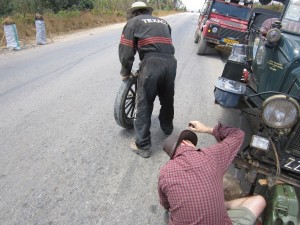 Luckily we have the broken parts on stock in the LandRover stockhouse. 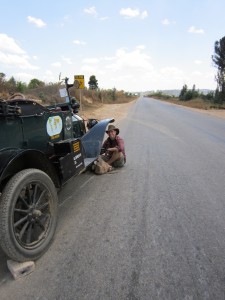 It’s getting warmer and warmer, Trudy and Inge give us food and drinks. 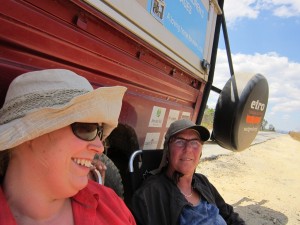 The stearingrod has bean bend, it doesn’t fit anymore. 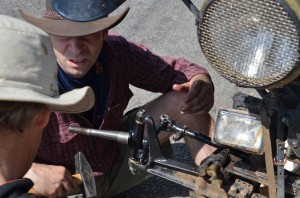 We have a new one and replace it. 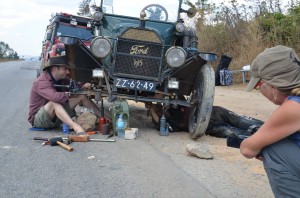 The people who are watching us started with 3, and is getting more 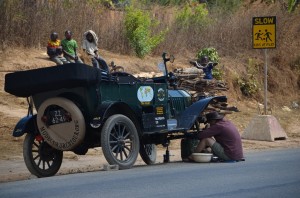 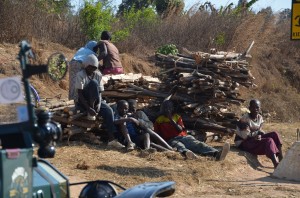 After assembling the new parts the wheel can be replaced. 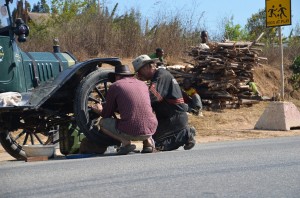 After 4 hours of working is it fixed!!! Good job guys! 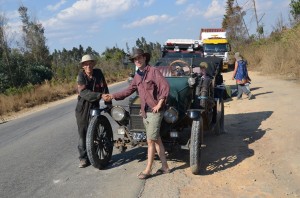 We make a test drive, its rolling again! 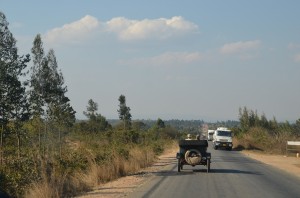 We decided to go back were we came from. We are happy there was no accident with braking the wheel, it was in slow speed..

Tomorrow Dirk will work on the car again.

This entry was posted in Africa, news, reisverslag, Tanzania. Bookmark the permalink.