After packing the tent, I find out that the car keys are left in the tent, no problem according to Dirk, he has the spare ones.
We take breakfast near the Zambezi River. 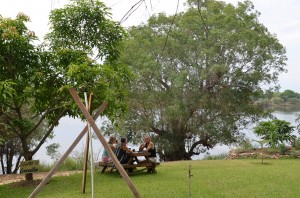 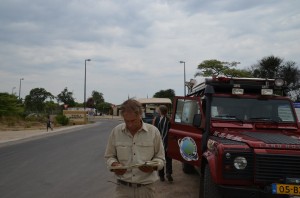 After changing the money by cab into the village, we enter Namibia at 12. 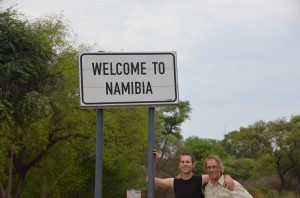 It’s a small peace of Namibie, in between Angola and Botswana. It’s called the Caprivi strip.
With a very very good road. During the ride we have our first raindrops. I do a little raindance.

The LandRover is getting out of fuel, so we want to throw in a 20L can. I ask Dirk if he has the tankcover key……uuhhhh, we only have 1 of that.
It’s in the Tent. Shit.
But eventually we have it! 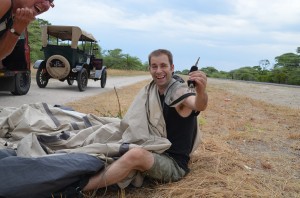 the key to succes

During a coffee brake, I ask Dirk if I can drive the Model T.
mmmmm. After driving 17.131km by himself it is not easy to let loose the steering wheel.
But….he says; OK!
So we can cruise the Ford!

On the road there are beautiful Dutch cows with big horns. 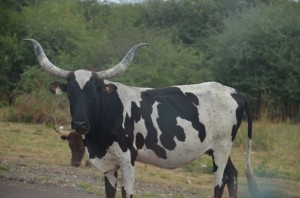 The Campsite is in a swamp, to get to the restaurant we have to go by boat. We go in between 2 hippo families, one of them follows us. No problem according to the captain, his boat is faster! 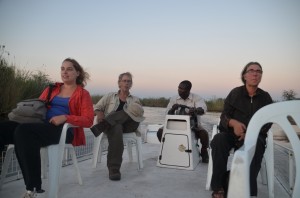 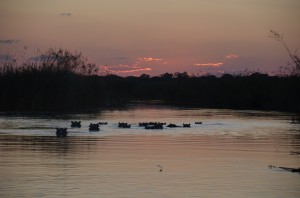 Today 144kms
Tomorrow we go to the Botswana border.

This entry was posted in Africa, Namibia, news, reisverslag, Zambia. Bookmark the permalink.