We are again for 540 kilometers dirt road to Chillagoe. So everything refueling and supplementing, because it will take us several days, and then we can go. Here too, the spontaneity of the Aussies strikes us. Enthusiastic about the world tour of the T-Ford and the charity; S.O.S Children’s Villages, they make a donation in the collection bus. Nice to experience that! The road is changing in condition and vegetation and whether or not termite hills, in large and in sculptures, where Gaudi would be jealous. We almost feel as beautiful on safari as we drive through these areas and each time we are surprised by other animals. Dirk spot a giant prehistoric, one and a half meter large iguana that quietly runs along the road. At every river crossing we screen the bank for crocodiles, partly because we are always warning signs in English, German and Chinese. Our pays are rewarded: a huge freshwater crocodile shoots and his still bigger brother stays motionless on the shore. The T-Ford keeps it perfectly well on these rough roads. Around the twilight we find a place in the bush again, we put together a meal and go to sleep …. 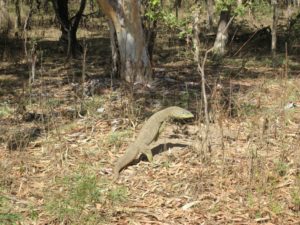 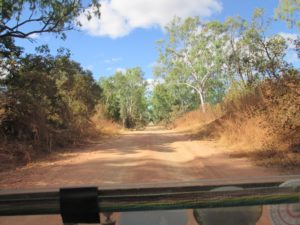 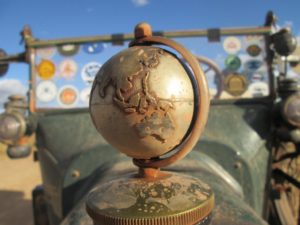 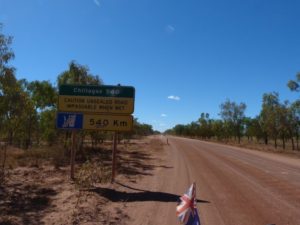 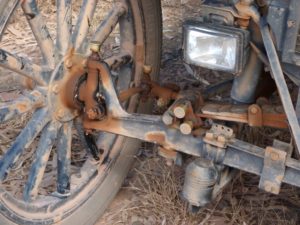 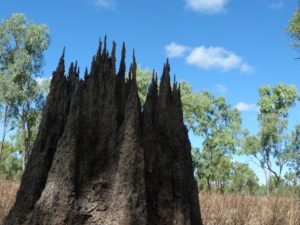 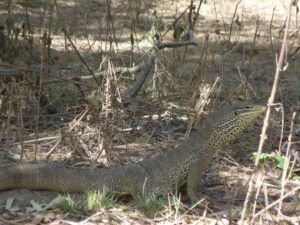 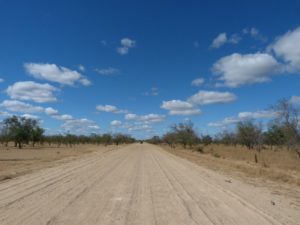 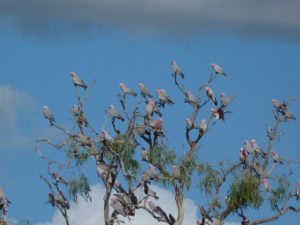 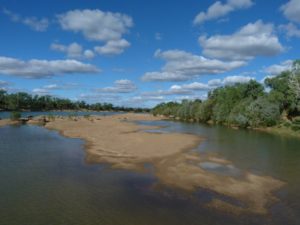 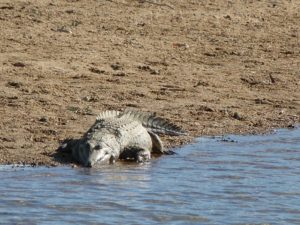 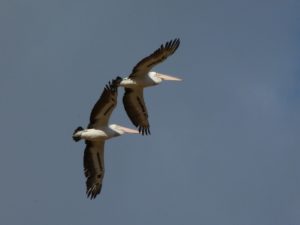