We drive from San Ignacio to Iguazú Falls.
The engine has been repaired and we can drive again. De road is still quite hilly and each hill the Model T has to climb, we wonder whether he’s going to make it.
We stop in a village with many German emigrants. According to the sign, this village is famous for its German beer music. A man starts talking to us in German. It turns out he doesn’t only have a Mercedes collection, but he also plays in one of the six beer brass bands and he offers us a demo cd. Unfortunately the cd player of the Land Rover refuses to play the cd…
As we get near the Iguazú Falls, we get more and more warning signs with pictures of strange animals, but fortunately none of them throws itself in front of our car. 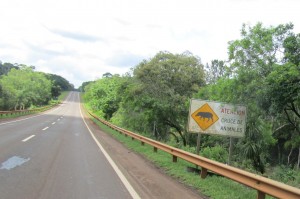 In the afternoon we reach the falls, located on the border of Argentina and Brazil. We go straight to the Argentinean site to check the falls out. Before we see the falls itself, we come across some coatis and a capuchin monkey. 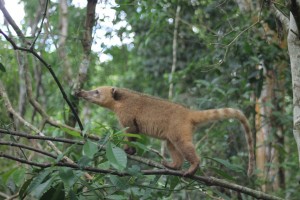 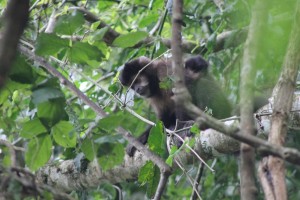 The falls are impressive. The water flows over a 2,5 km long edge, so there is not just one fall, but a dozen small and big falls. Most of them fall in two stages, making it even more impressive. This is waterfall heaven!

Whoever sees the first toucan has to buy a round of beer. Robert is the lucky one and after the first we see many more ‘flying bananas’. 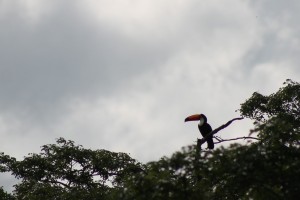 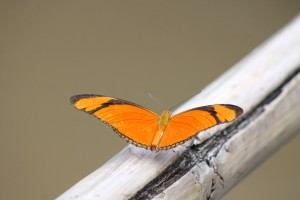 Before we leave we get wet taking pictures of ourselves underneath one of the falls. 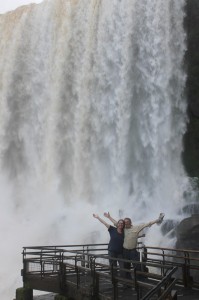 Dirk and Trudy under falls 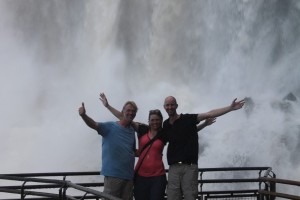 Wouter, Liza and Robert under falls

One Response to Report 12th November