Report 24th of June
Report by Thecla and Benno

It’s unusual to start a journey as a supporting team when one of the cars has problems with his BIG END. But with a positive look that nothing happens without a reason would this probably lead us to a BIG BEGINNING. 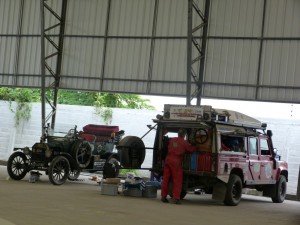 When we travelled with our Royal Enfield in South America for 9 months, we have encountered only one city where we had bad experiences. Because of that experience we wouldn’t visit that city any more. Funny but that city was Guayaquil.
I hoped that we could leave quickly this city. But Dirk wanted also to control the shaft of the rear wheels. Luckily Dirk started to control to the left rear wheel and what did he found?
The bearing from the axhole was for 40 cm moved and wasn’t possible to fix on the right place. 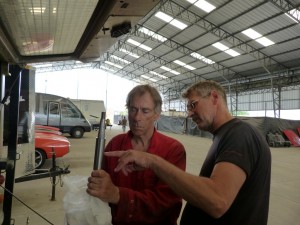 discussion what to do 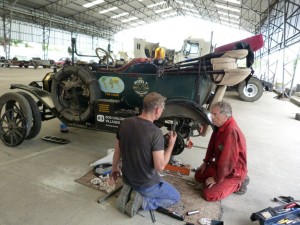 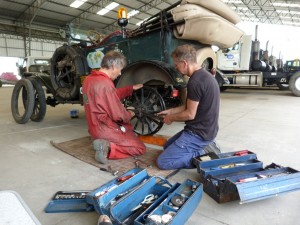 precision work with the baco

I got visions that we are forced to stay for four weeks, four weeks in Guayaquil.
Probably we had something to learn. And what happened? In contrary to our expectations did we get a overwhelming help of people from Guayaquil: David en Carlos. Enormous what a sympathy.
Seldom we met such a intelligent and helpful people on our travels, and this happened in a city which we had in our deep black side of our mind. 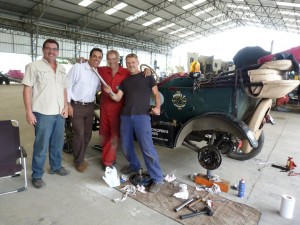 The whole day Benno and Dirk where very busy with the rear wheel.
They fixed a new locking bus and after that the wheel turns perfect.. 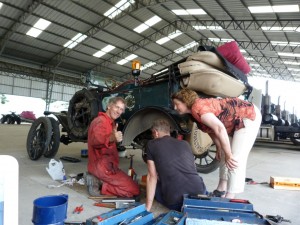 it works out well 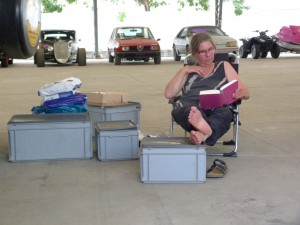 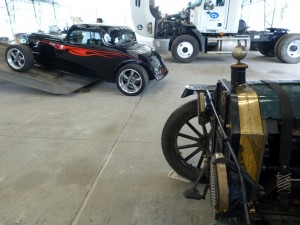 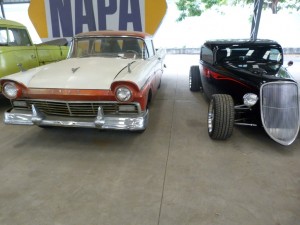 which shall we use today

After a day of hard wrestling we went back to our place on the edge of the rainforest.
Here Trudy and Thecla take care for the food, which we eat near the campfire, with on the background the many different noises of the forest. Trudy took her guitar and accompanied Dirk with Mongolian throat sounds. The sounds brought us to far mystic moments which we didn’t have encountered for a long time. A magic place with very nice people!

Badmeester in Tibet
View all posts by DirkJan →
This entry was posted in Ecuador, news, South Americ. Bookmark the permalink.