Carefully Dirk covers the last few miles towards the Bolivian border which we pass without problems. Now we have to cross the river that separates Bolivia from Argentina by way of a bridge to get to the Argentinean customs. There we are told we are not allowed to go into Argentina with the Model T, because it is a collector’s item. We should have applied for an authorisation before we wanted to cross the border of Argentina. The functionary is relentless and waves his finger from left to right. “No entrada in Argentina!” But, a lady takes his place. She makes a few phone calls and half an hour later we are driving into the country. Now the Model T can be hooked on the Landrover. 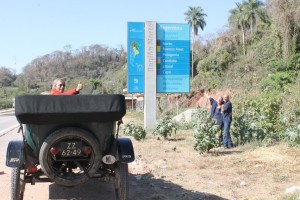 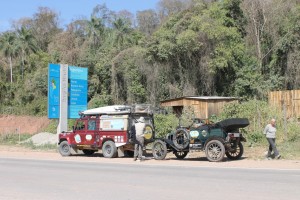 The rest of the day we’re having straight roads with here and there a curve. The country is flat and an unknown tree species with a thick trunk stands at the side of the road. Now and then we see an ostrich and some kind of a “concrete igloo” . A Bungalu, little houses to use temporarily. 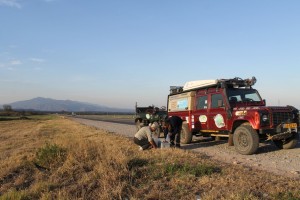 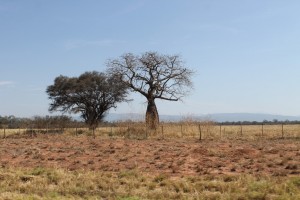 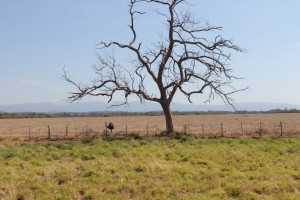 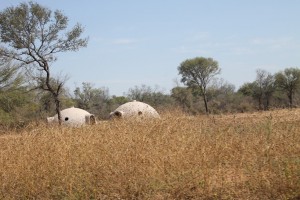 Swarms of birds fly up from the thick impenetrable bush ( the tola ).At about 5 o’clock the airco is turned on, it has become quite warm. It is one hour later in Argentina so we can go on a bit longer. It is 18.30 when we find a hotel along the road after  245 mls. 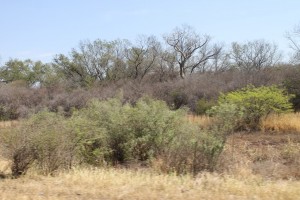 One Response to Report 29 August