Posted on 5 November 2014 by Rozemarijn

Report 5th of November
By Robert

Today we drive from the SOS Children’s Village in Salto to Tacuarembó, both in Uruguay

In the morning we get a special surprise when José and Horacio, founders of the Uruguayan T-Ford club, visit us with their T-Fords. The cars get a thorough inspection, and we get tips on which route to take. 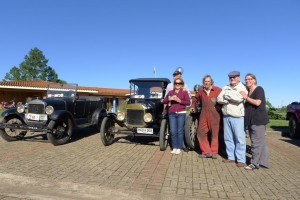 01 Visit by T-Fords in Salto 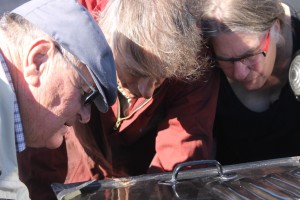 While Dirk does maintenance on the T-Ford, we make music with the children in the village. 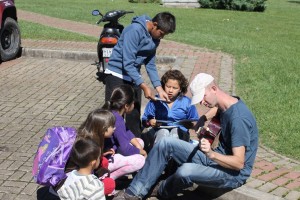 03 Playing music with kids in Salto

Just outside the children’s village we spot some old cars. When we drive there, it turns out to be a big collection of oldtimer dealer Pablo and his family. They treat us to nice cold drinks and Dirk gets a Uruguayan license plate as a souvenir. 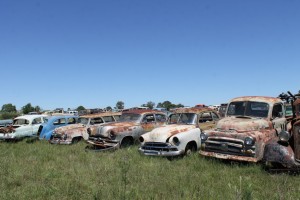 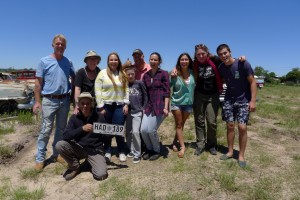 06 Pablo and family in Salto

The road to Tacuarembó passes through hills and meadows. Apart from cows, we see lots of ñandus, the south american ostrich.

Just before Tacuarembó a car overtakes us, with the occupants signaling to us. When we stop it turns out to be Eduardo, whom we had contact with via e-mail. He is the owner of Fordt City, a beautiful T-Ford museum with a restaurant and hotel. We spend the rest of the night in Fordt City, including an interview for the local news channel. 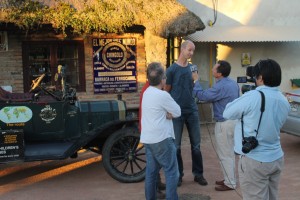 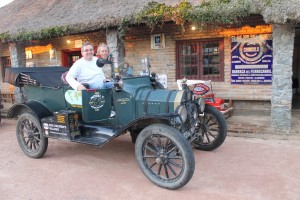 At night the T-Ford sleeps among his friends in the museum. 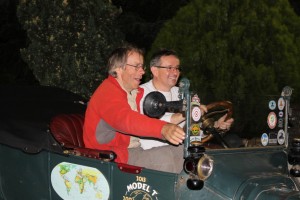 This entry was posted in reisverslag. Bookmark the permalink.