We were invited to the Lakehead Antique Car Club for there barbeque. The have one time a year a barbeque and we are lucky that we are in Thunder Bay at that time.
A lot of members are here in the beautiful garden of Reg, Nan, Jim and Josy Vaillant. 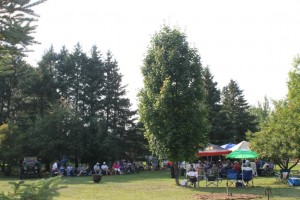 the garden of the family Vaillant

There are a lot antique cars parked so we had a beautiful view.
Reg showed us his Model T 1924. 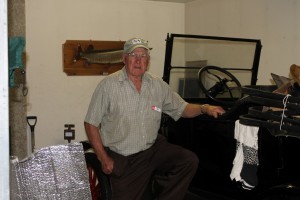 Reg and his Model T

This afternoon we can play some games. One is “throw the horse shoes”.
It was not an easy game, but we did it. It was fun, but we not became champions. 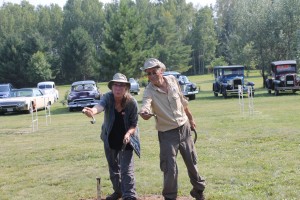 Everybody had made at home some food, so there were colourful different things to eat and a table full of desserts and coffee. 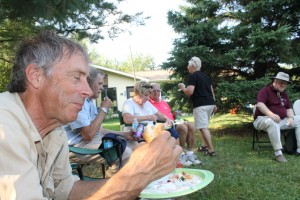 It was a barbeque with corn. They boiled a lot of corn in a special way and we eat it with
butter. Very tasty. 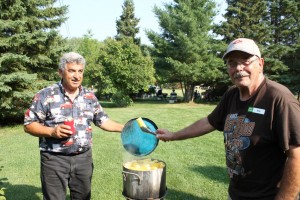 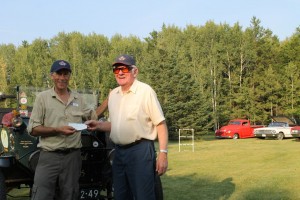 Before we leave all together on the picture. 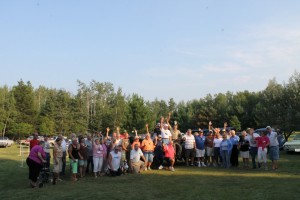 One Response to Sunday August 25th