Report 9 July
By Thecla and Benno

It was a cold night again and the stars seemed to be closer than ever. After breakfast we leave, but Dirk sees a termite mound over the head in the high grass so that a reaction rod of the rear axle is bent. After some tinkering and our apologies to the termites, we have this right and tension again. On to Belyando crossing, Mount Coloon, and on to Elphinstone. After this we go down from the asphalt to the gravel, but the route offers little spectacular. Trudy sees another porcupine and a little later we see a group of kangaroo’s.
After we have crossed several hills we descend to a lake at Elphinstone.
Here we see thousands of birds, including black swans, coots, cormorants, shovels, herons and so on. A true spectacle. Here we will camp after a day of 340 kilometers. Hats off for the Model T-Ford. 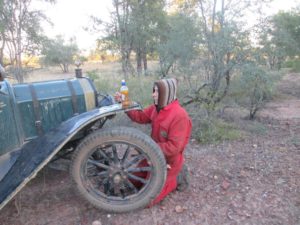 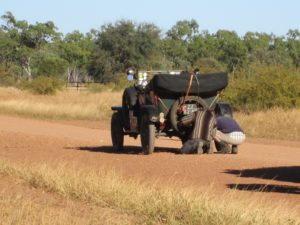 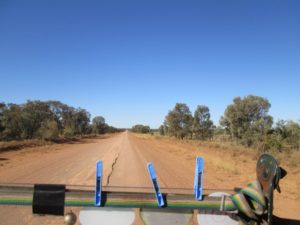 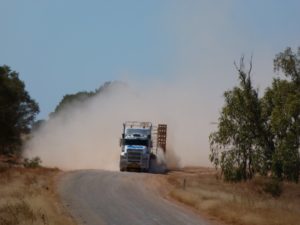 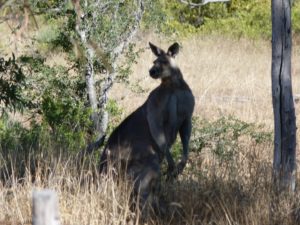 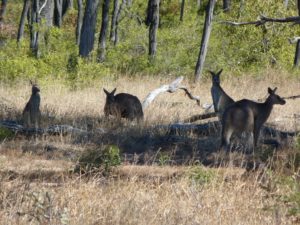 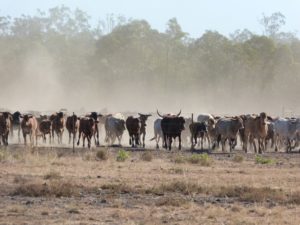 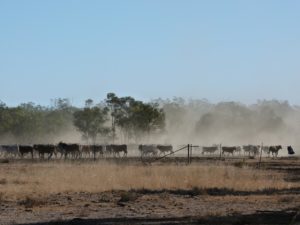 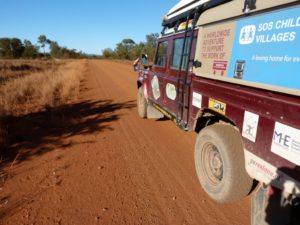 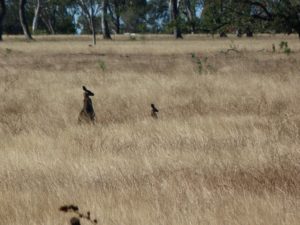 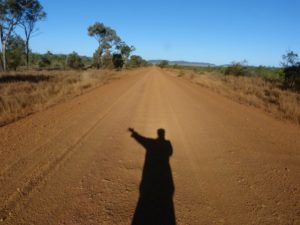 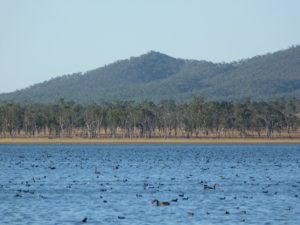 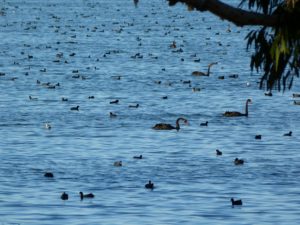 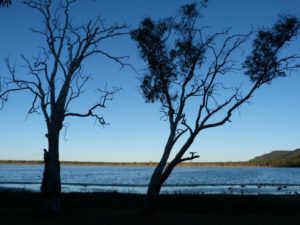 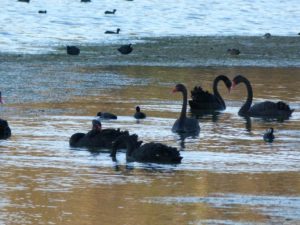