The last days with Steef en Greetje in New Zealand.

Chris and Dirk check whether the float of the new carburetor is still leaking. He does not leak anymore so this renewal has been approved by the mechanics.

Meanwhile, there are still visitors from Pukekohe and the neighbor. 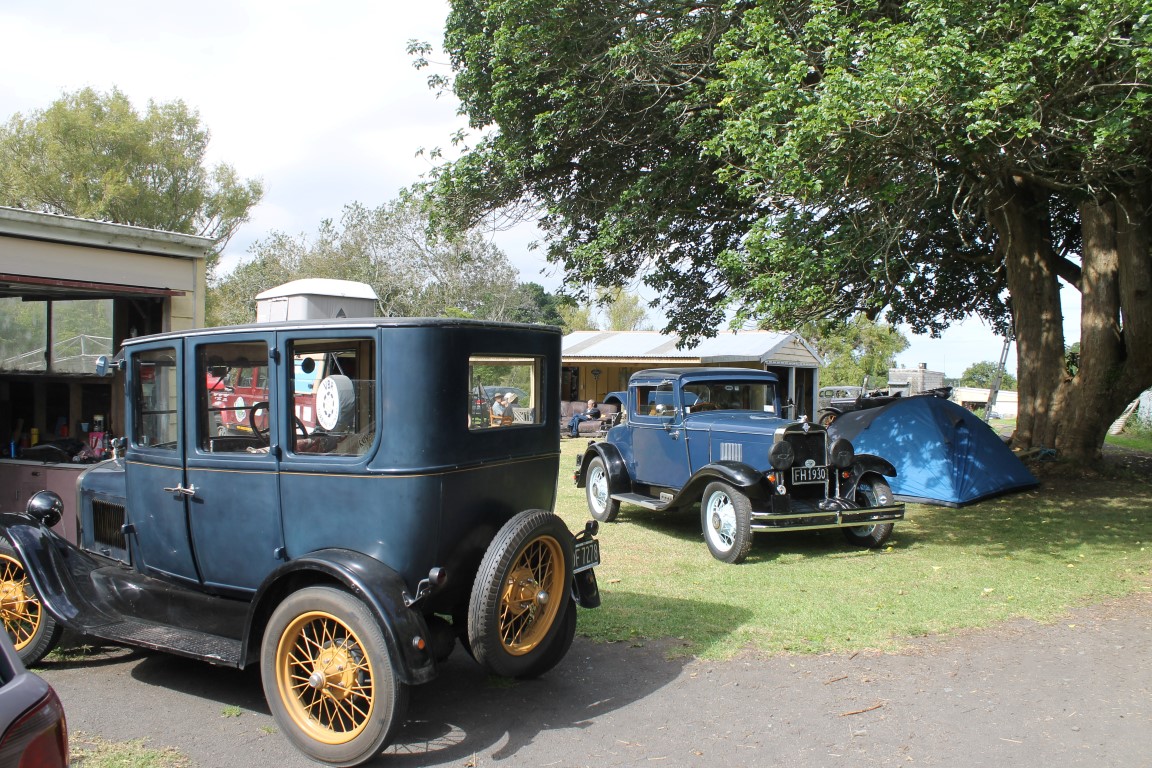 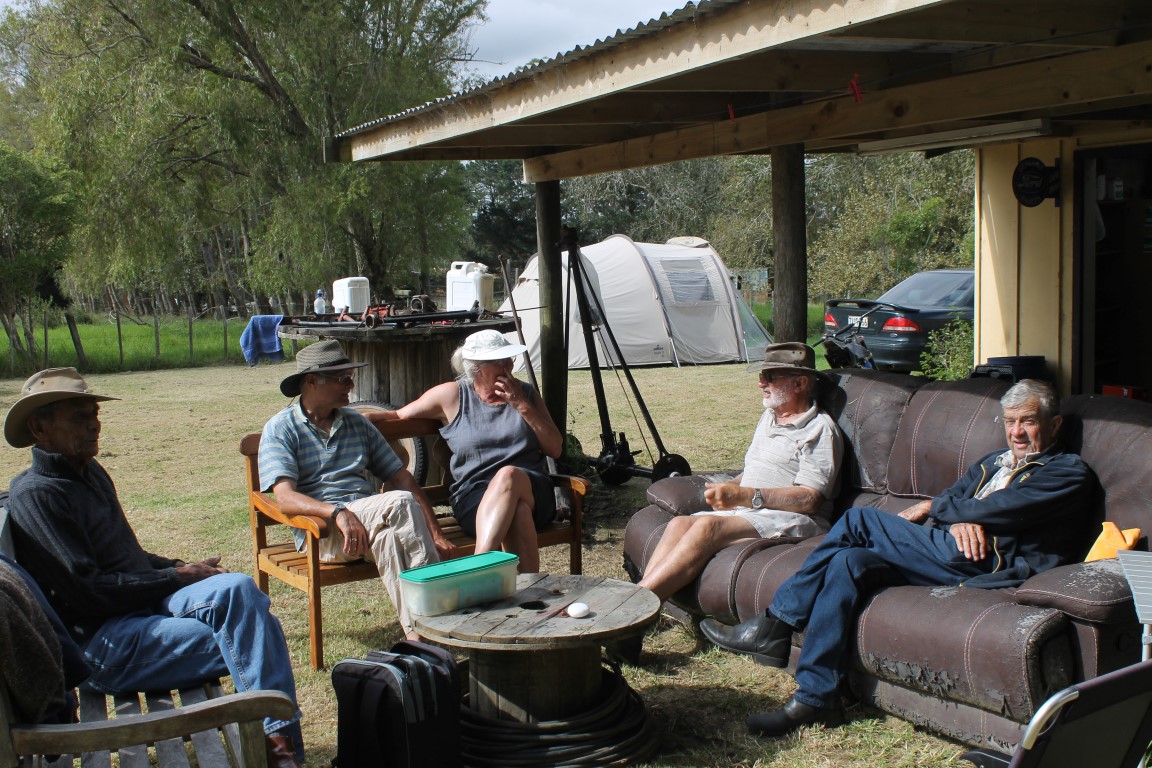 There is a lot of talk about the Model T. 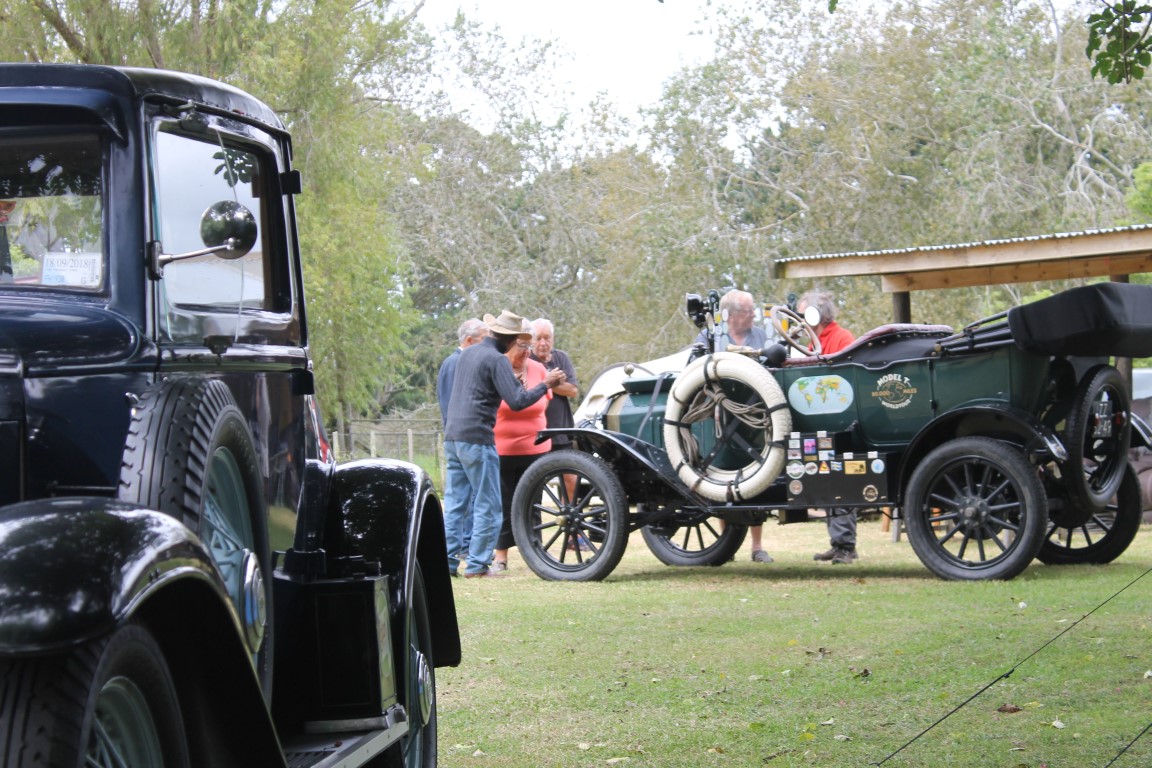 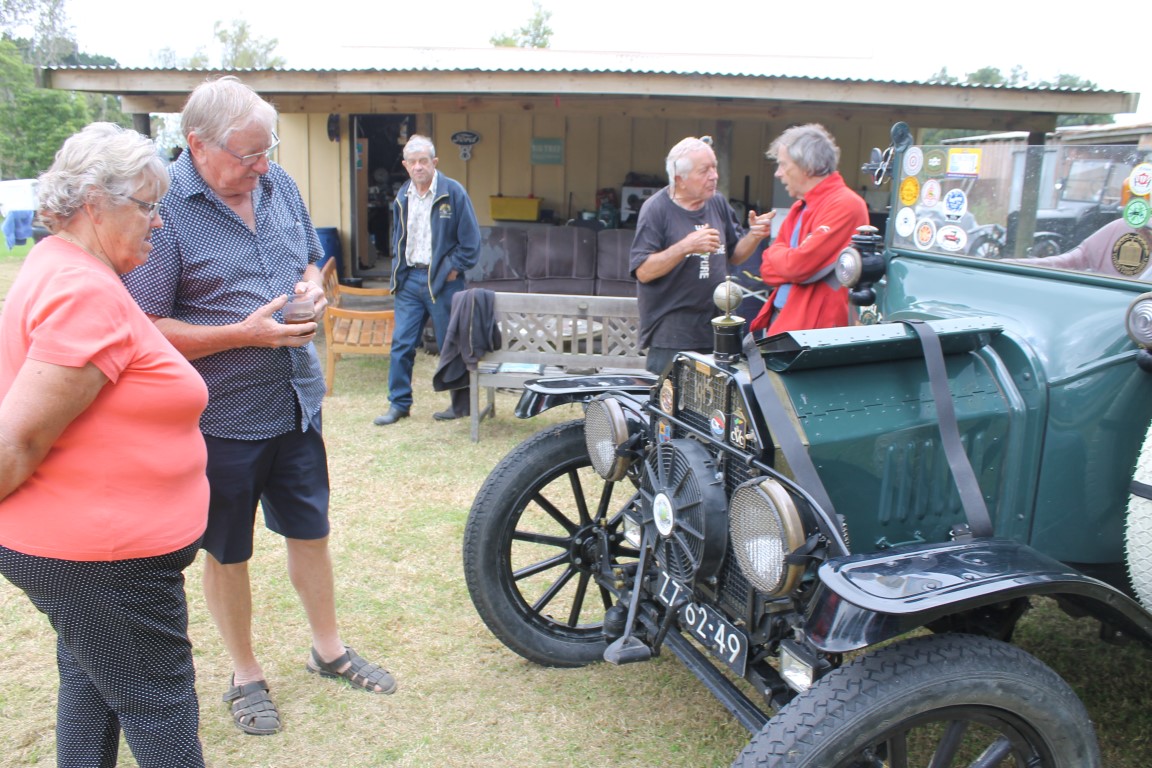 Niel Cremer (president of the New Zealand Model T-Ford Club) and his wife Lucy come to pick us up to show Auckland.
Auckland is a big city with, among other things, a huge bridge, a large harbor and busy shopping streets. After all traveling through rural New Zealand, this is a different face. 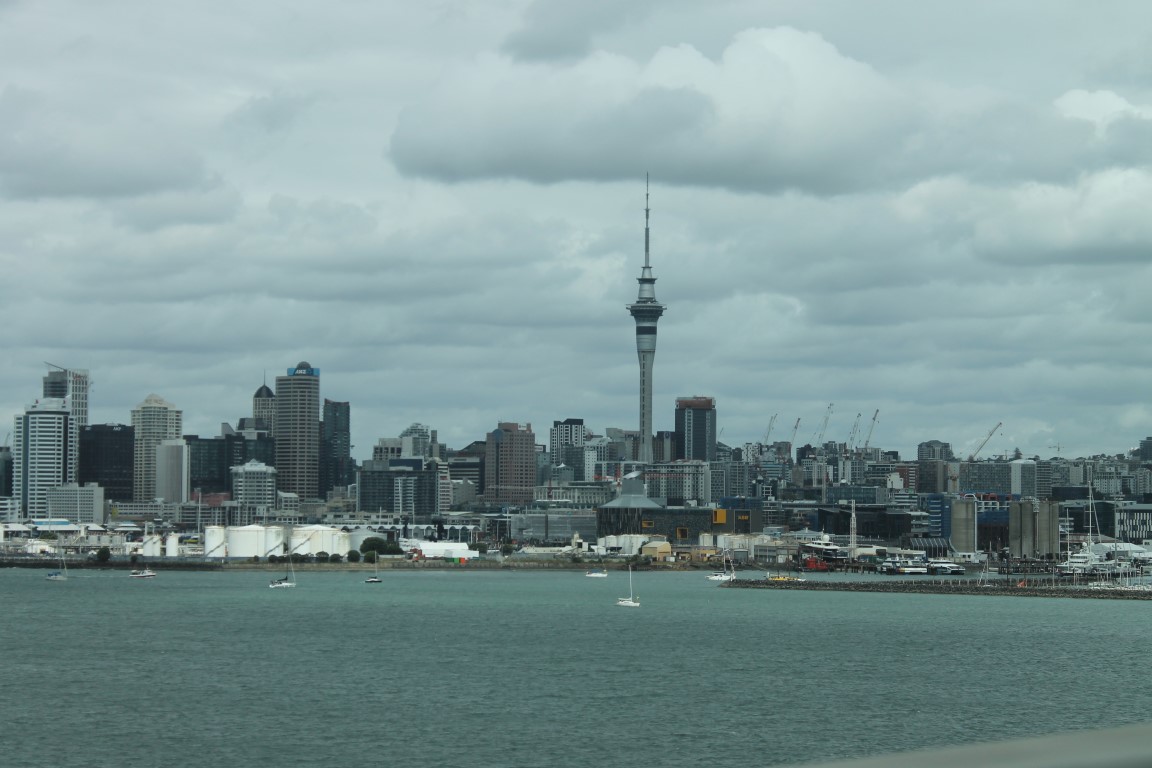 When we are back again the men make a ride in our Model T. 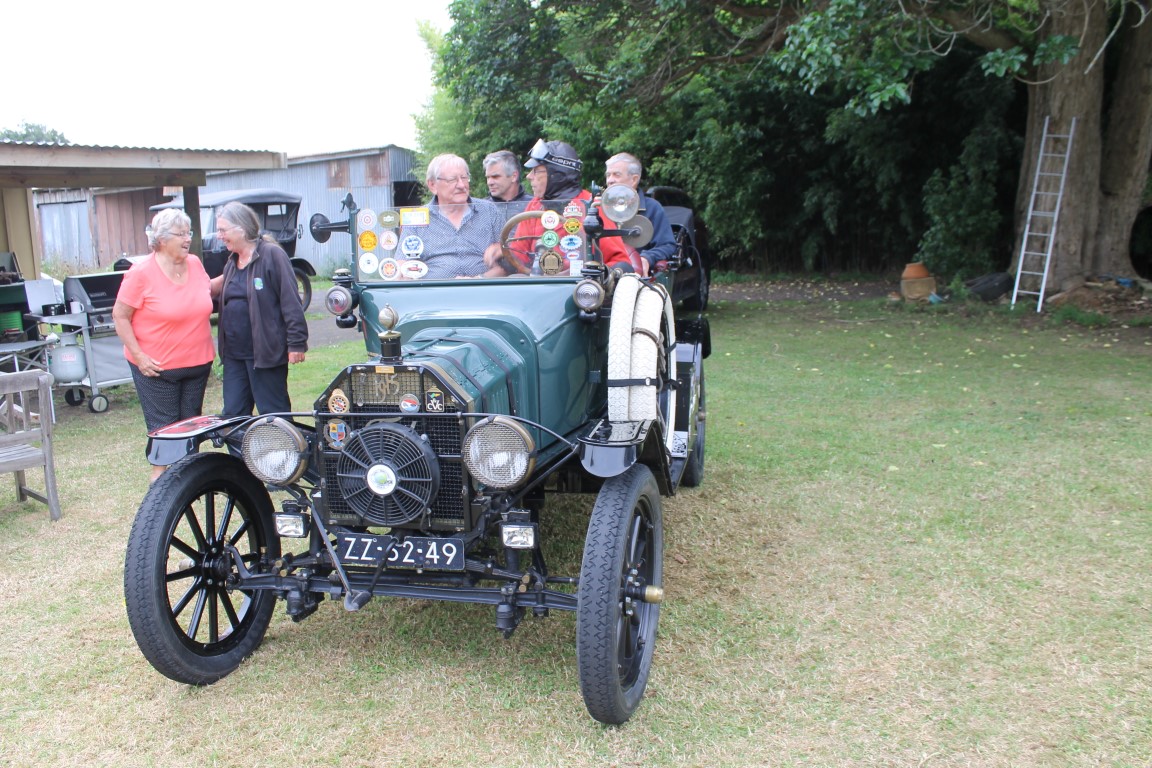 Then we say goodbye to Niel and Lucy and thank them for the introduction to Auckland.

Together with Neil and Lucy

In the Model T Dirk goes with Quinten, Chris, Leon and Zed to the old-timer show in Karaka. Today I can join Steef and Greetje in the LandRover.
The Model T drives with 5 men as a beast in the mountains with the new carburetor.
We have a lot of visitors at the show and Quinten is happy sitting in the Model T. 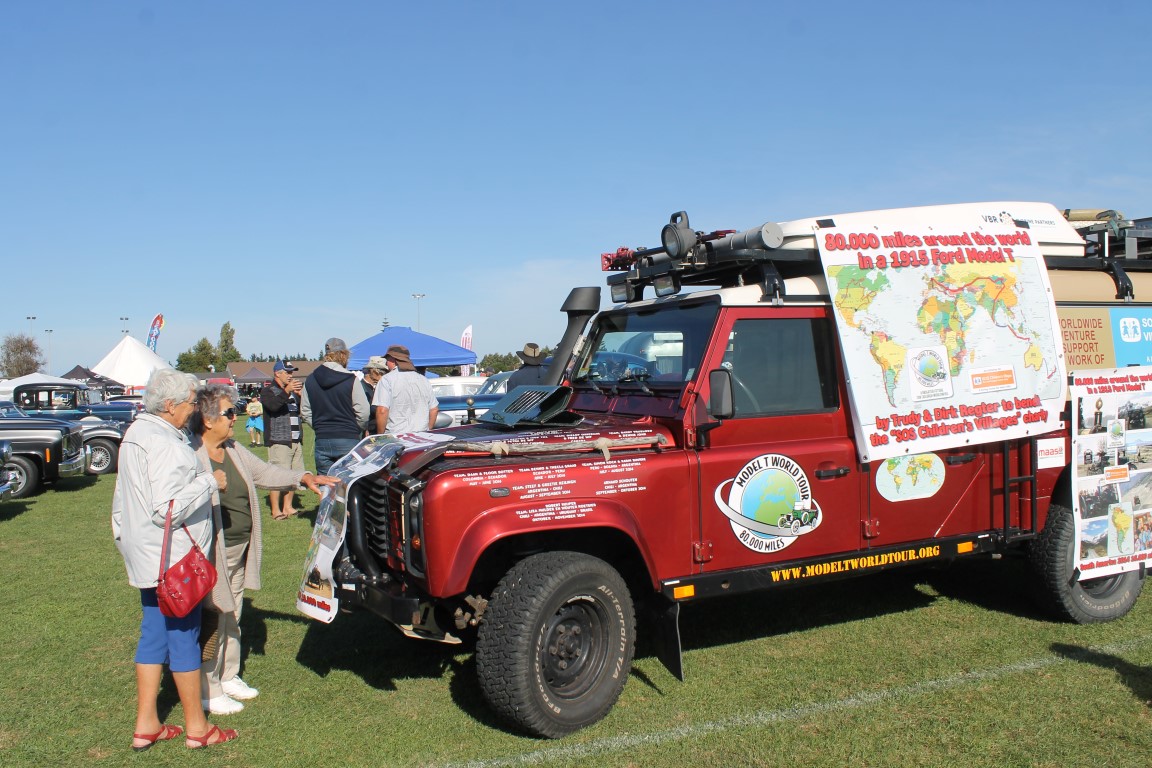 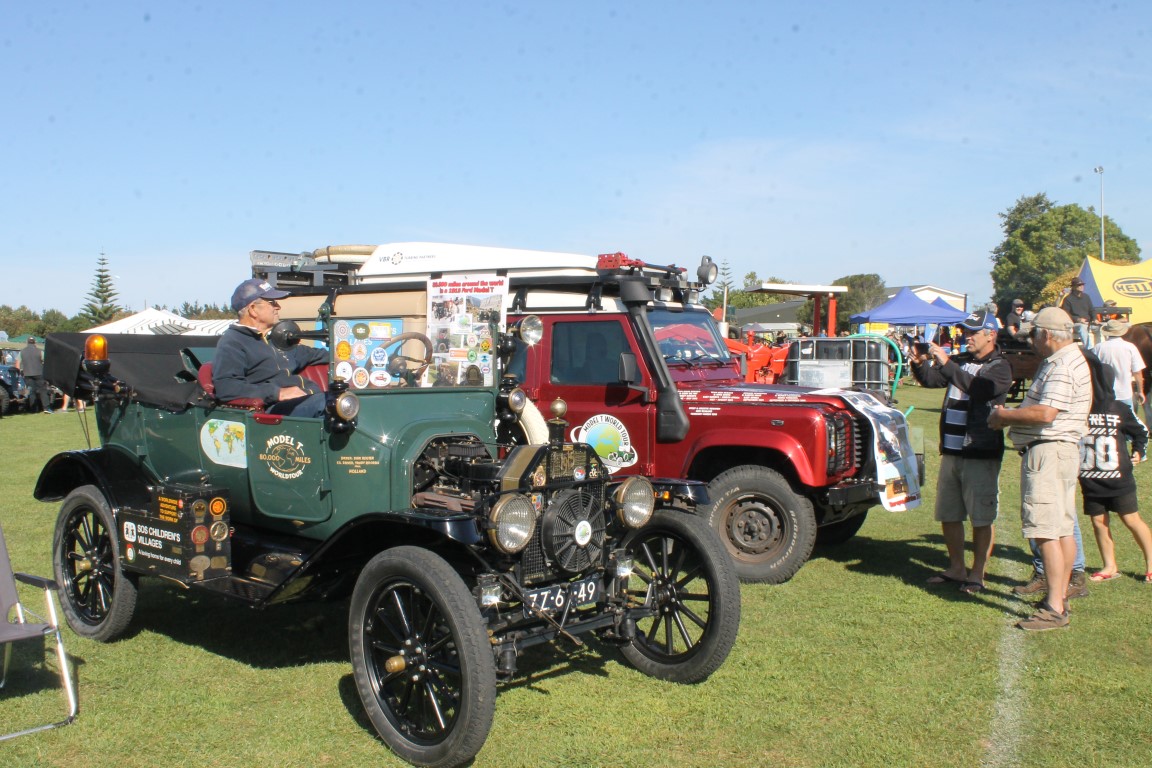 on the show in Karaka

When we are back Dirk gets the white tires from the T-Ford and gives them to Quinten. He would very much like white tires on his Model T 1913, which he is restoring together with Chris.

And then it is so far that we have to say goodbye to our first team of this trip. Steef and Greetje Reilingh. Thank you very much for your efforts. We have had a wonderful trip together and a beautiful time. 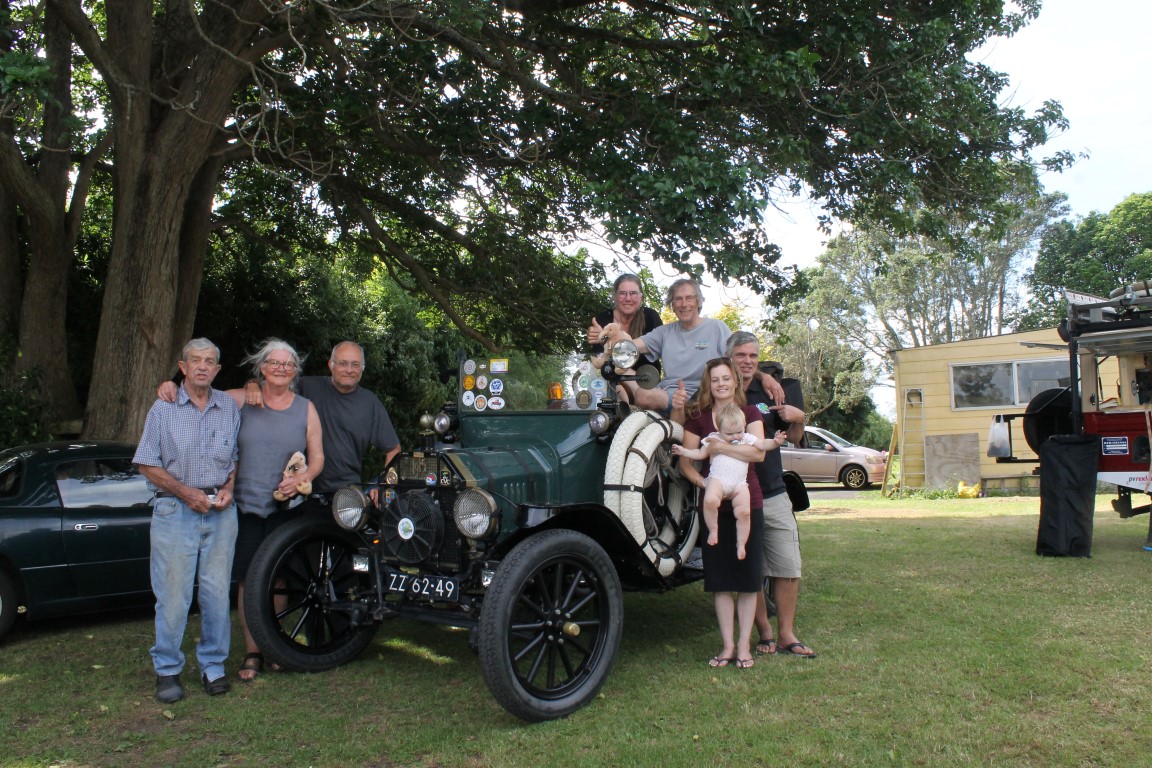 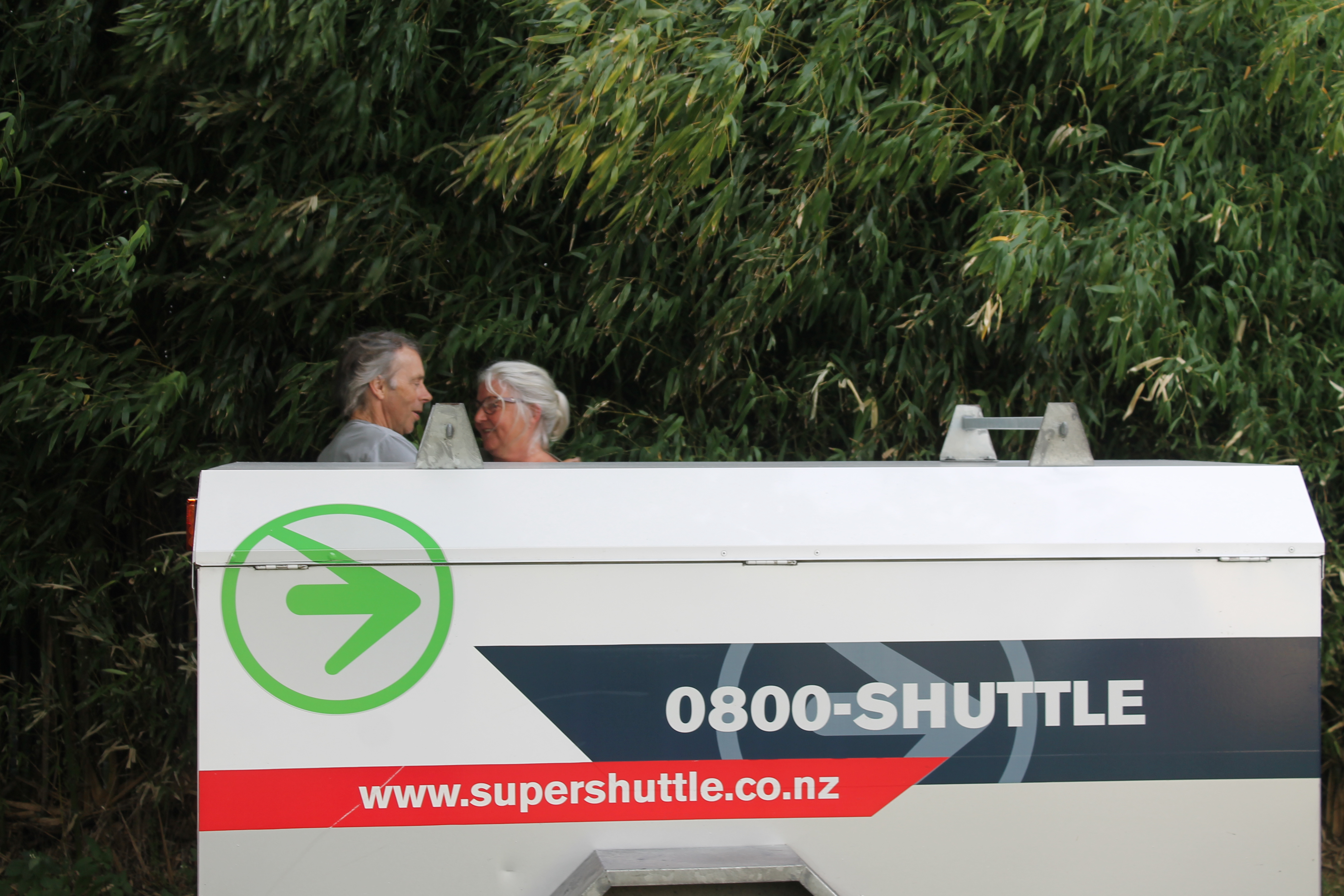 The shuttle bus takes them to the airport.
In the evening, Dirk gets a present of Quiten, a home made chest of kouri wood. According to Quinten, the wood is thousands of years old.
Very special, thank you very much.