Posted on 8 August 2013 by Rozemarijn

Edit by Dielof and Fred.

At sunrise Dirk is already busy with maintenance. Regular there is a squirrel around us.
Frightened Dirk sees one climbing up his pants.
Do you come to help me? Dirk hands it a screwdriver. This is to much for the squirrel and it disappears via the hood of the car back into a tree. 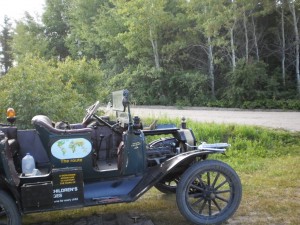 Early we leave Nipaw National Park. We spot some birds of prey, sometimes we see them with a prey taking off. It’s a cold morning and rain is expected. 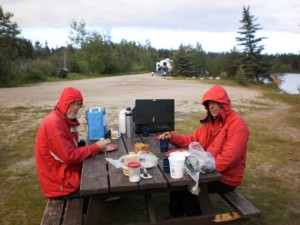 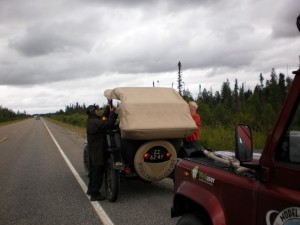 Up till now the weather was good, this is the second day less.
The coffee stop is with an heated wafer on the exhaust pipe much more attractive. 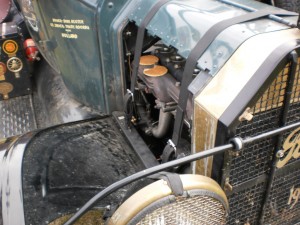 After a rainy drive via Flin Flon we are now in the province of Manitoba. We seep in a little hotel in Cranberry Portage.

One Response to Thursday August 8th