Of course we had to go to the Alamo in San Antonio. Hugh was in the front and we followed him in San Antonio, made some pictures and picture and continued our trip. The weather was very hot. 90 K. 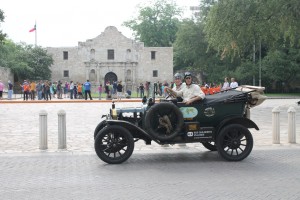 The temperature raised, we passed Castroville and in Uvalde Dirk and Trudy became certificated to Colonel by the Uvalde County Judge William R. Mitchell.
A locale journalist interviewed him. 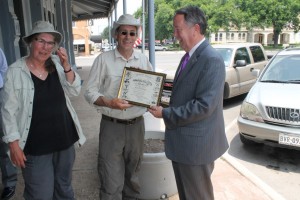 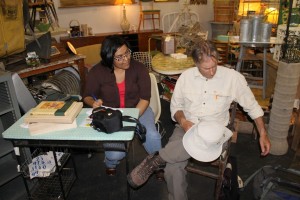 T became warmer and warmer and we hade to make a cooling stop. Then drove to find a campground near Del Rio. There hadn’t fallen any rain during the last month and the campground was hot and dry and there was no water. 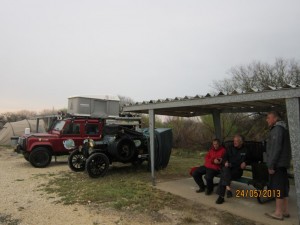 What will tomorrow bring?