Story behind the worldtour

My name is Dirk Regter, a retired construction engineer. I live with my wife Trudy in Edam, a small town near Amsterdam in Holland, the Netherlands. As you might know, Edam is world famous because of the Edam cheese.

My grandfather and father had a transport company in our town. In 1907 they had the first car in our town; a Renault Marne taxi. When the Model T’s came they had Model T’s passenger’s cars and trucks. They did all the repair work by there own and they had several maintenance books and other books of Model T’s. 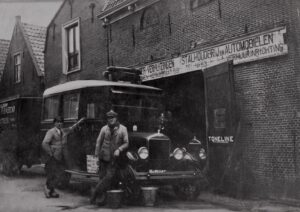 When I was a kid of about 6 years old l was very interested in these books and my father told me how to drive in a Model T with the pedals. So at that age of six I was already interested in Model T’s. When I was 16 years old I wanted to buy a Model T but I couldn’t find one so I bought a Model A 1928 Tudor in Denmark when I was 17 years old.
I restored that car and have driven many years in the Model A. In 1990 I bought my first Model T: a 1923 touring from California. I restored that car and drove many miles with that car. In 1997 I heard a radio program about a car that was driving the famous rally from Peking to Paris. 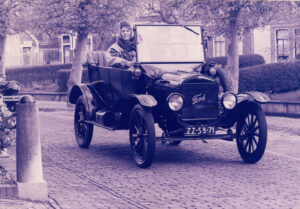 I bought a 1915 touring and prepared this car for Peking to Paris. 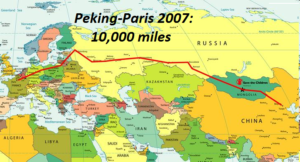 The first idea was to go with an organized rally but that was too much miles a day.
So we decided to organize this tour by our own. We drove from Peking to Paris (about 10,000 miles) in 3 month with only the Model T and a support vehicle. During that tour we had a lot of trouble with the Model T but finally we made it. Another goal for this tour was fundraising for projects in Mongolia for disabled children. We collected about 135,000 euro and we build 2 projects with that money for disabled children in Mongolia. One project Bayankhongor in the Gobi-dessert and one in BaruunUrth, in the eastern part of Mongolia. 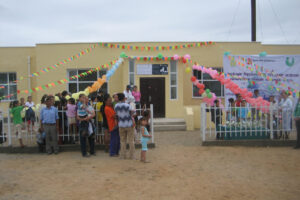 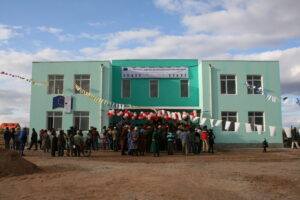 After Peking to Paris I wanted to make another big tour for fundraising for children’s projects. I asked my wife Trudy to accompany me, and luckily she agreed.
We could not make a decision which part of the world we wanted to travel so we decided to do the whole world. We have chosen for fundraising for orphan children because orphans are all over the world.

If you want more information about our adventures during our Worldtour, we invite you to read the stories on our website.

We hope you enjoy, Trudy and Dirk Regter. 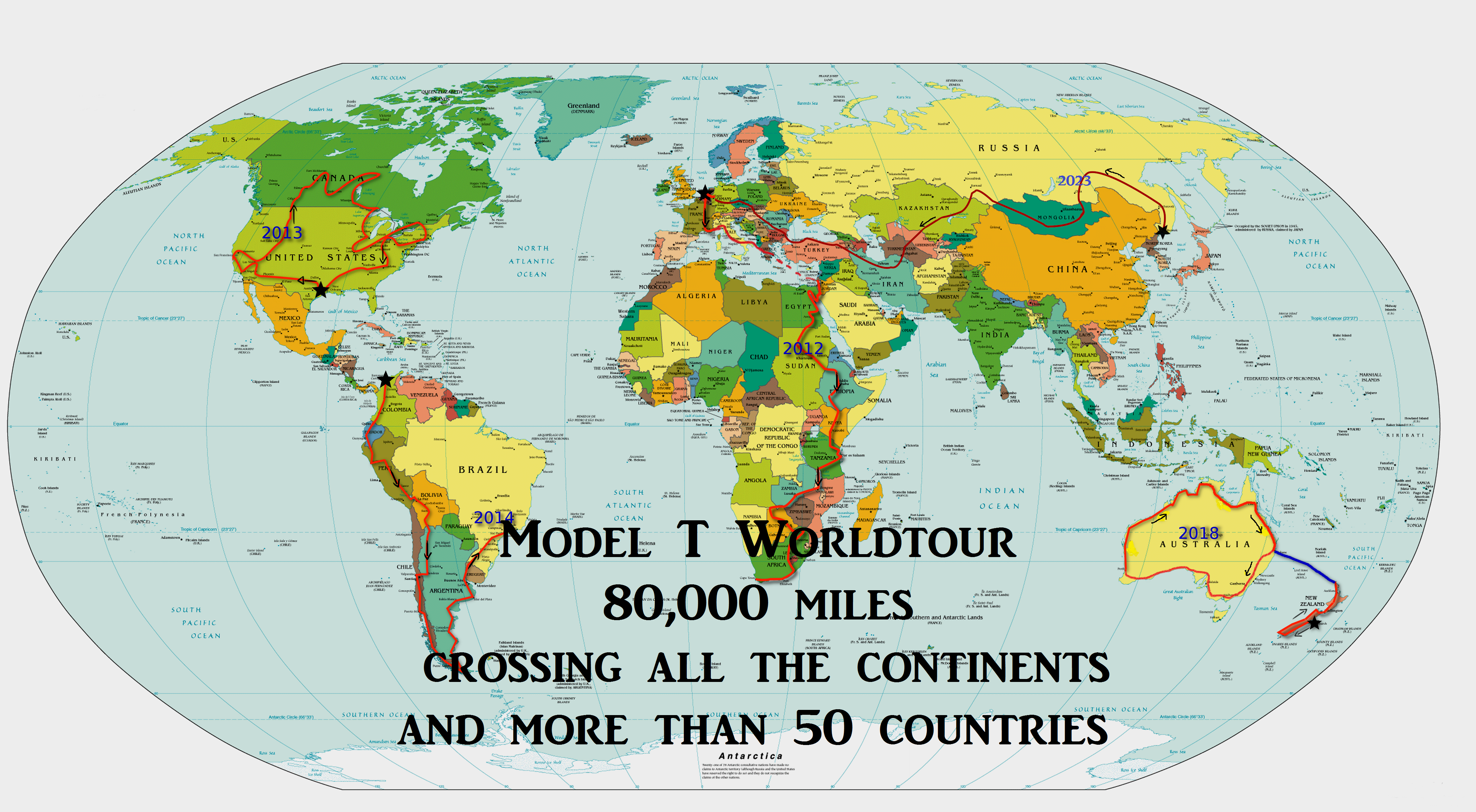