We are on our way again in good spirits; with a controlled confidence of the differential. The road is again hopeless corrigated, so we are 60 kilometers further after 2.5 hours. The bush is re-adorned with countless termite hills that, as artistic sculptures, give the landscape an unreal look. We regularly monitor the temperature of the rear axle. At one of the stops for a river crossing, Dirk measures the temperature of the rear axle and immediately checks the temperature of the tires. Just as he is at the left rear tire, it bursts apart. We are scared to death. Dirk replaces the wheel while I nose around the car. In front I see that a thick bolt of the front axle suspension is broken. Fortunately, Dirk has a spare. So soon we can go through the deep river crossing, which goes without problems. There are five more, all of whom go without any problems, not even a crocodile that ends up between the spokes, or fish that end up splashing on the back seat. I dive into a river for a while while Dirk stays on the lookout. Along the way we see birds of prey, including an eagle, as well as cranes and smaller rabbits. We visit a sacred lake of the Aborigines, with many water birds. In the evening we camp again, red from the dust, in a beautiful spot in the bush. Trudy tinkers a delicious meal together, after which Thecla and I find a place under the stars, with in the background the twittering of birds that slowly change to the buzz of summer crickets. 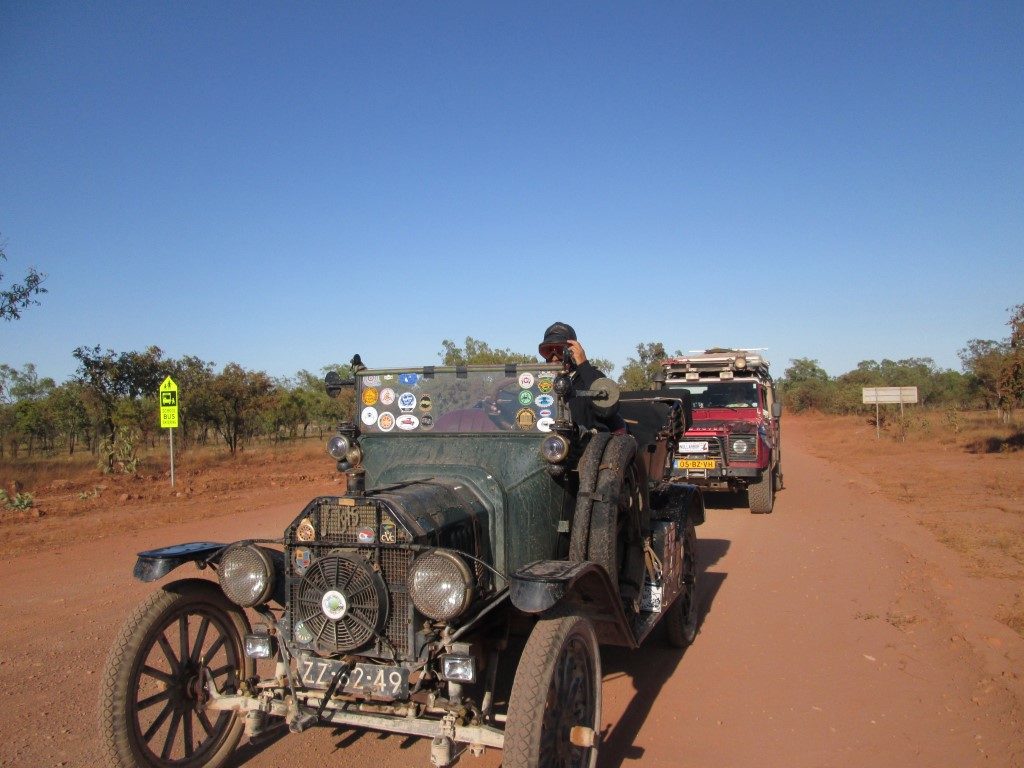 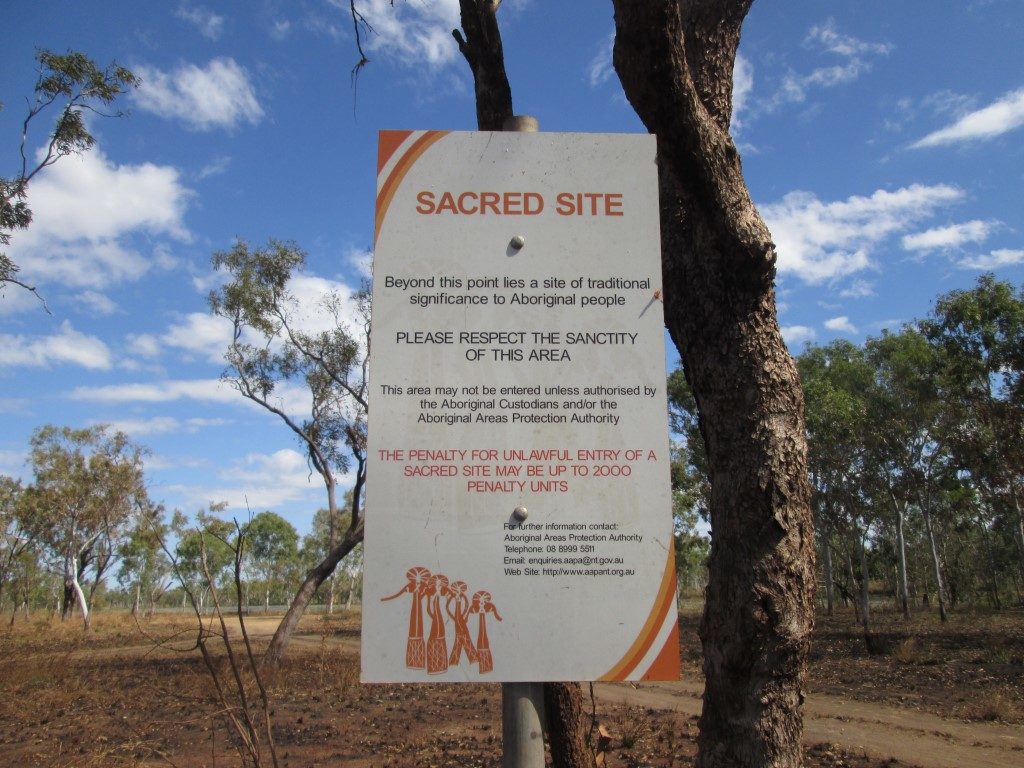 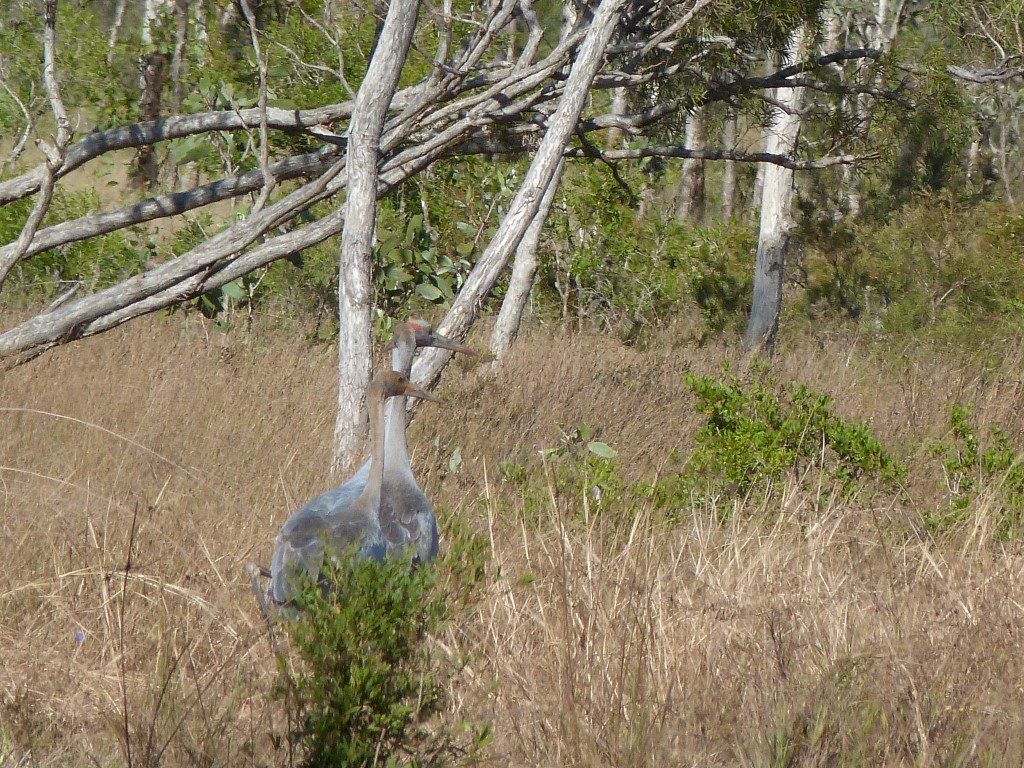 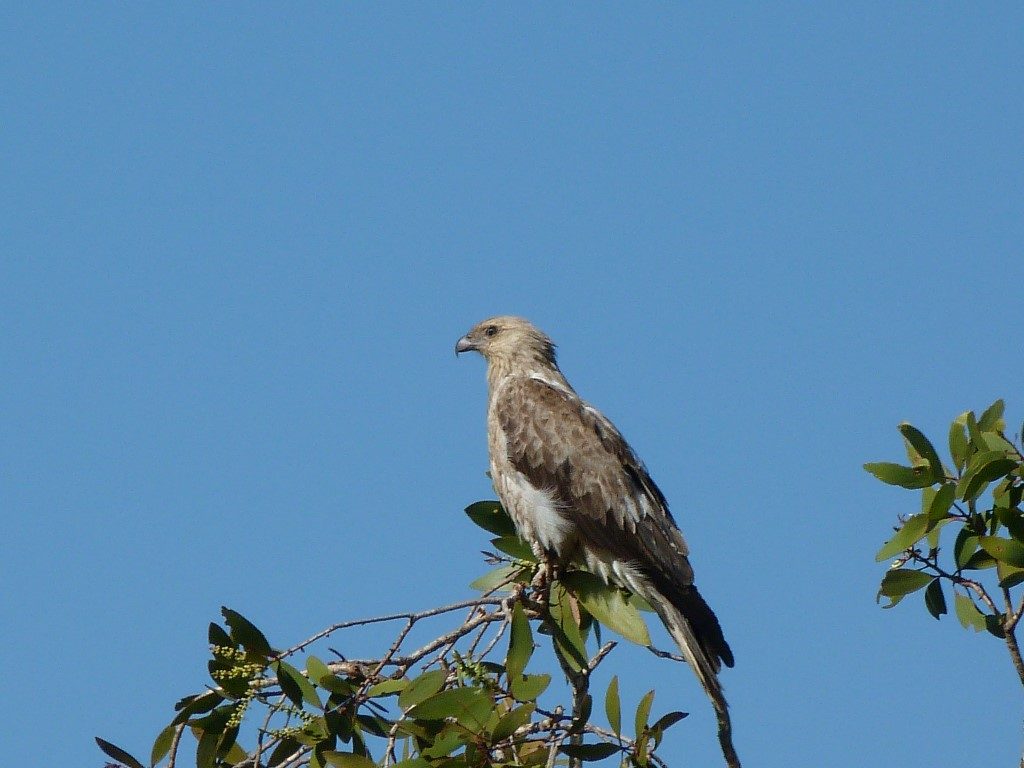 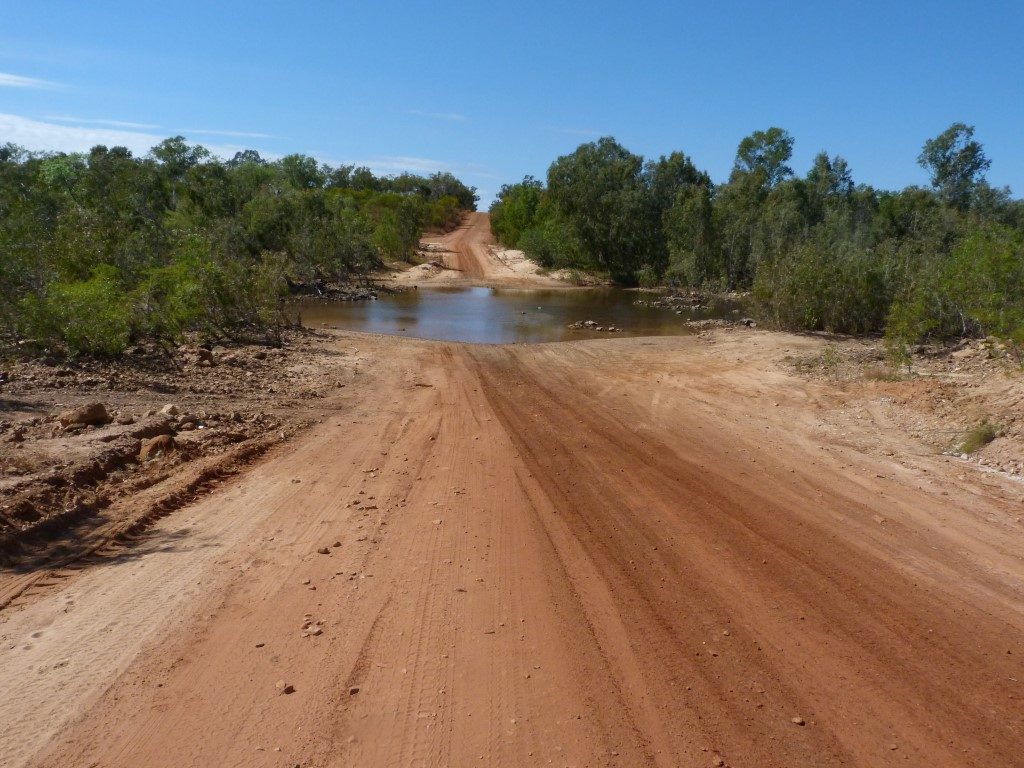 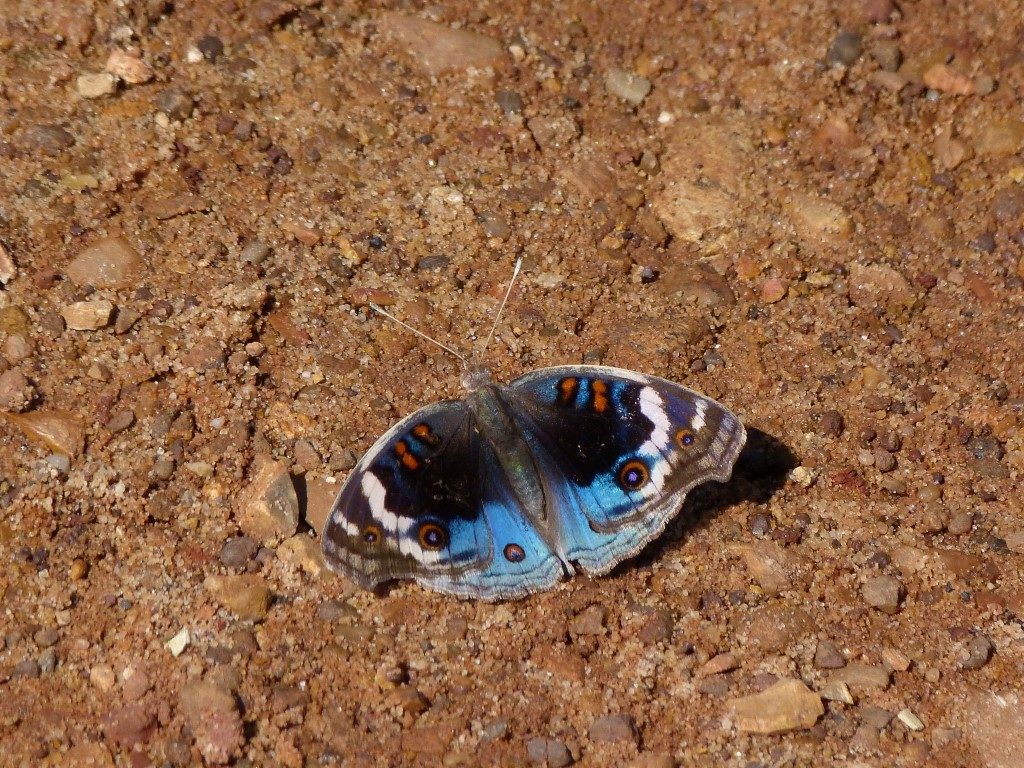 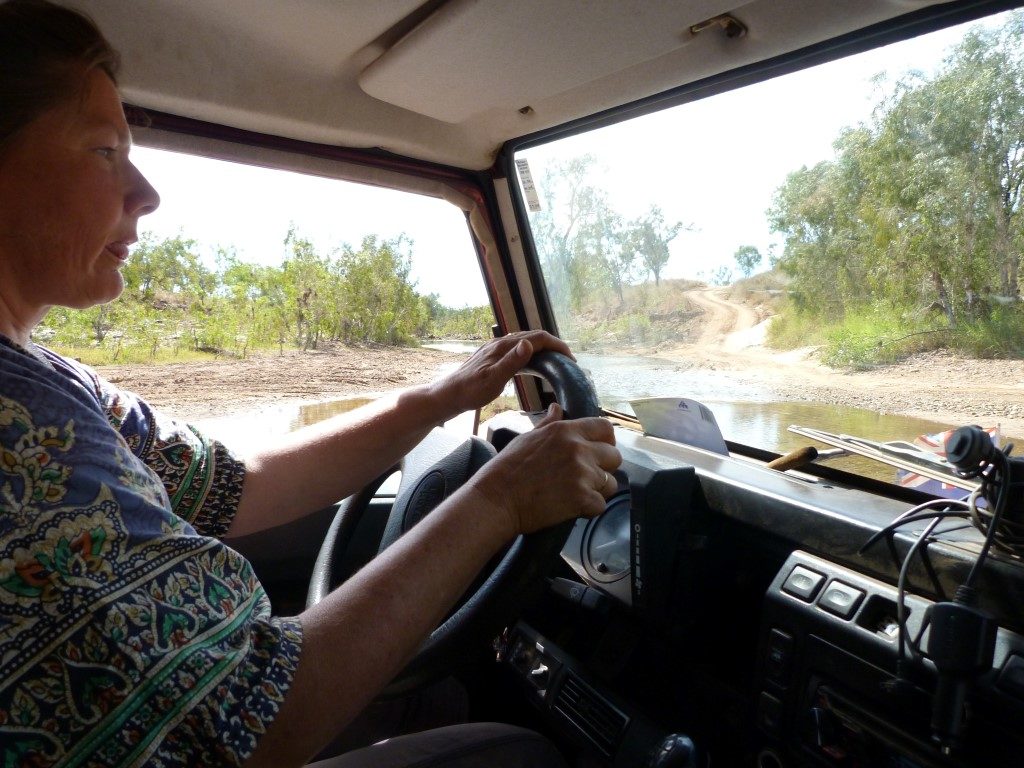 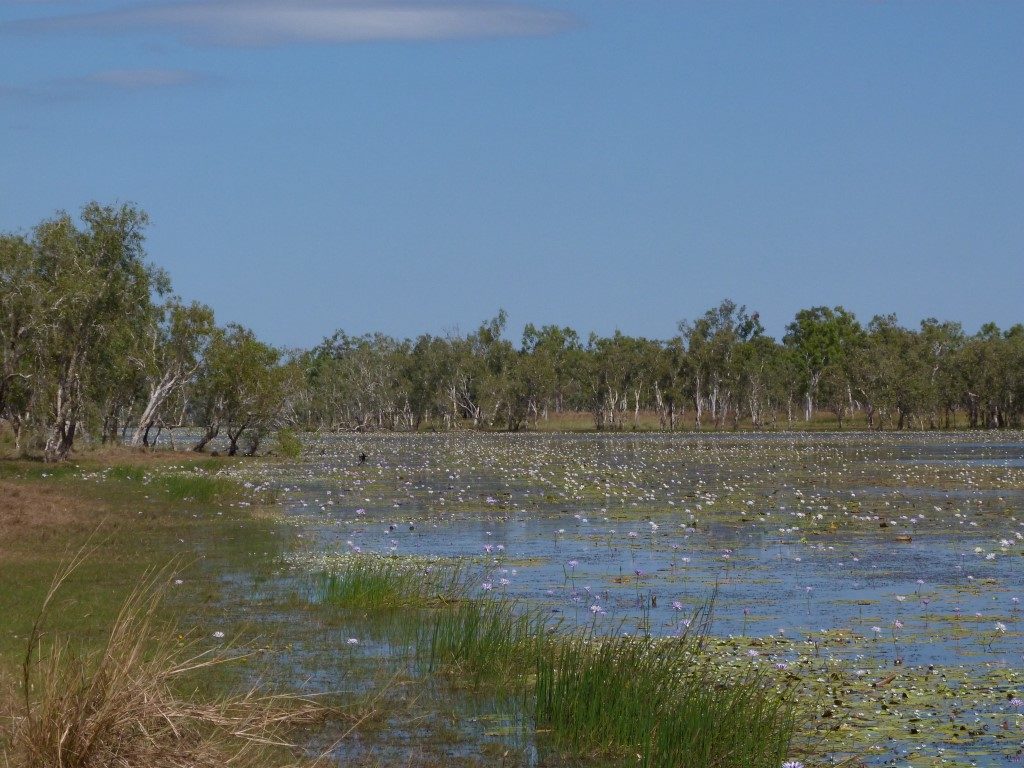 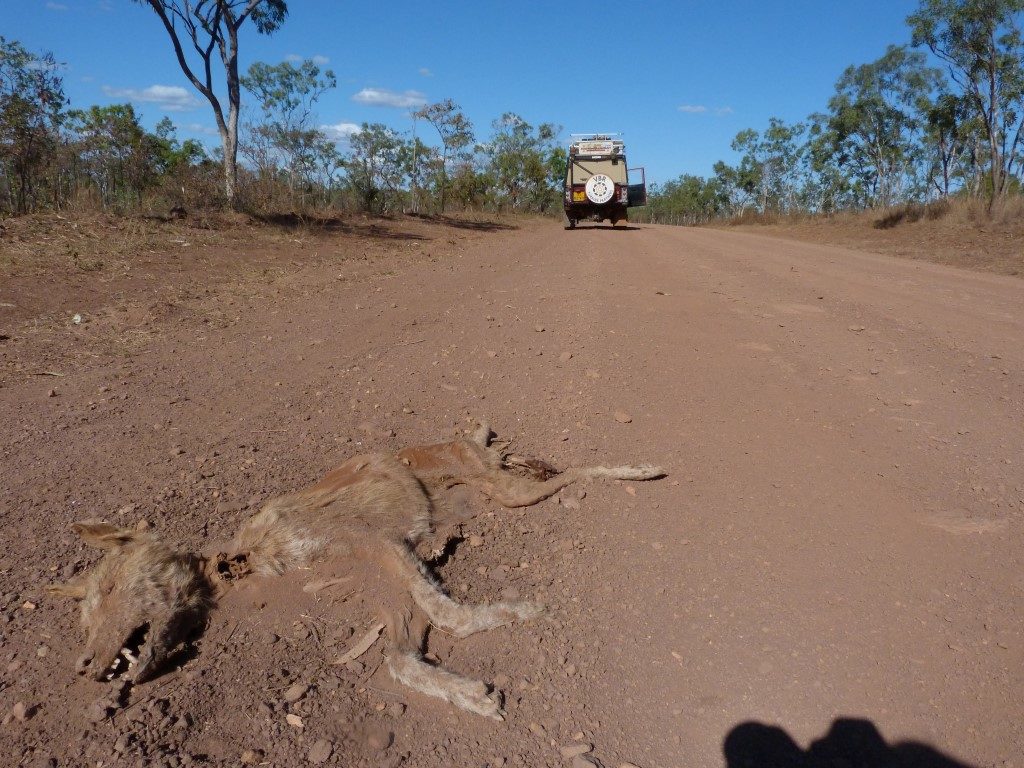 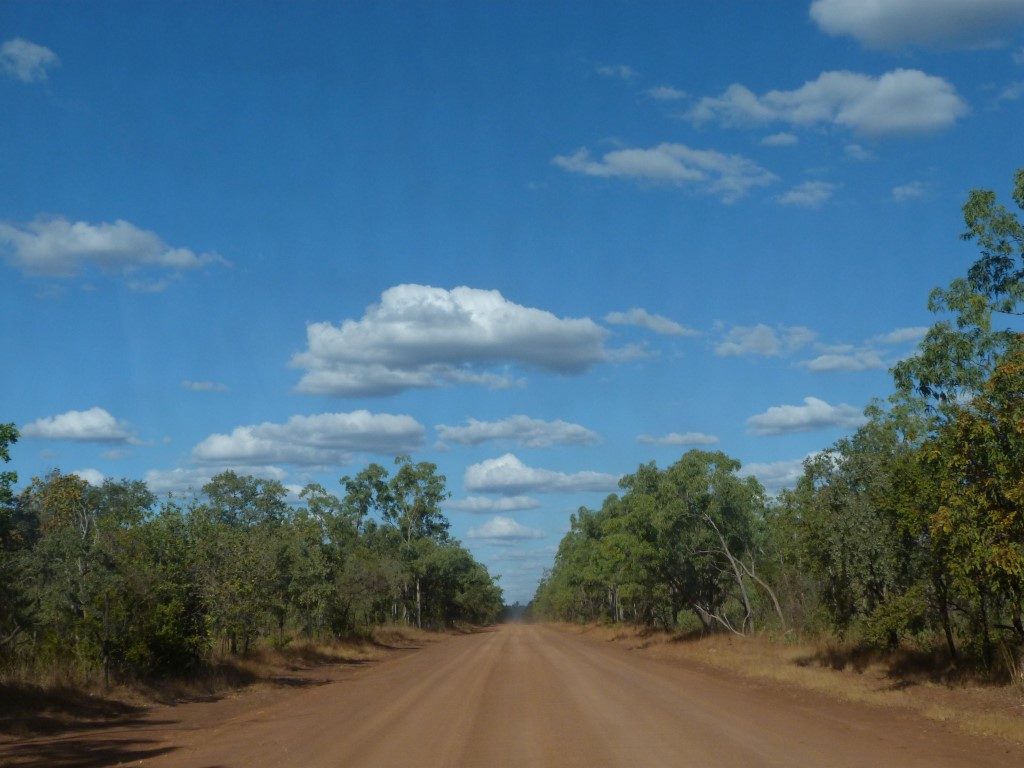 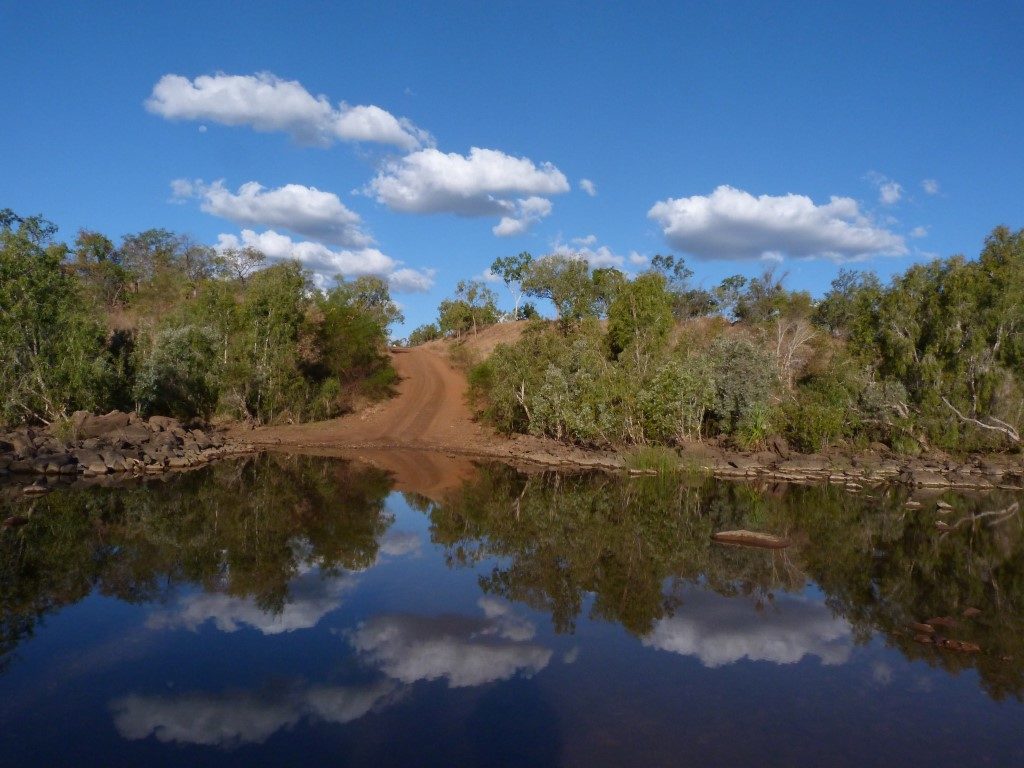 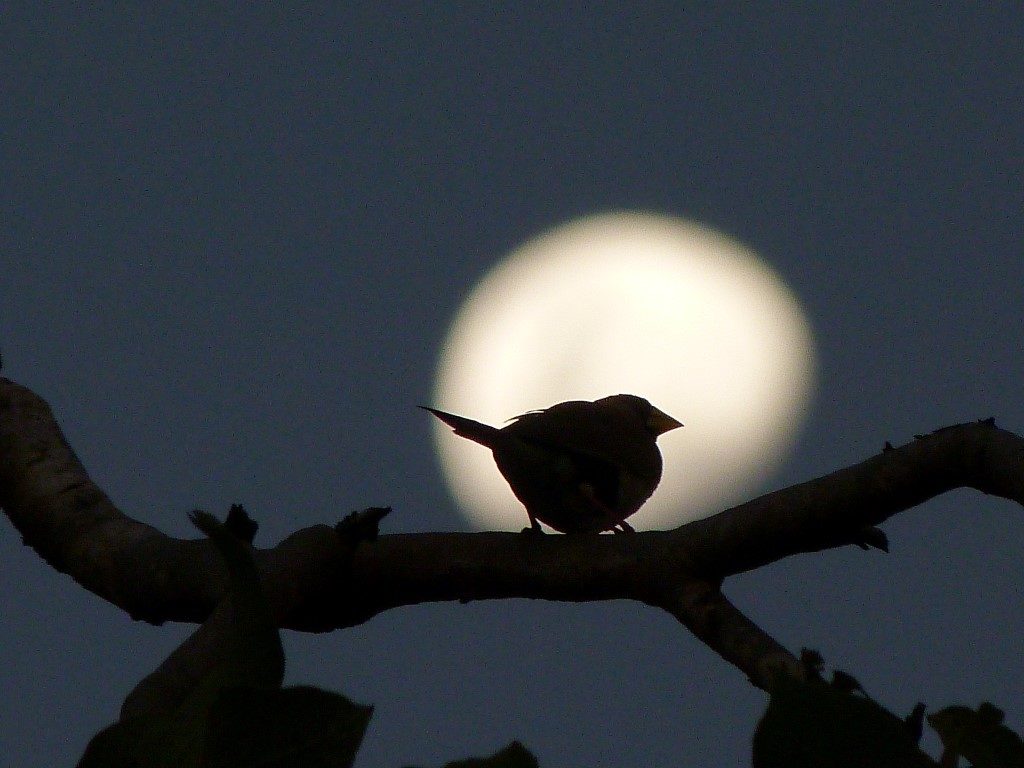 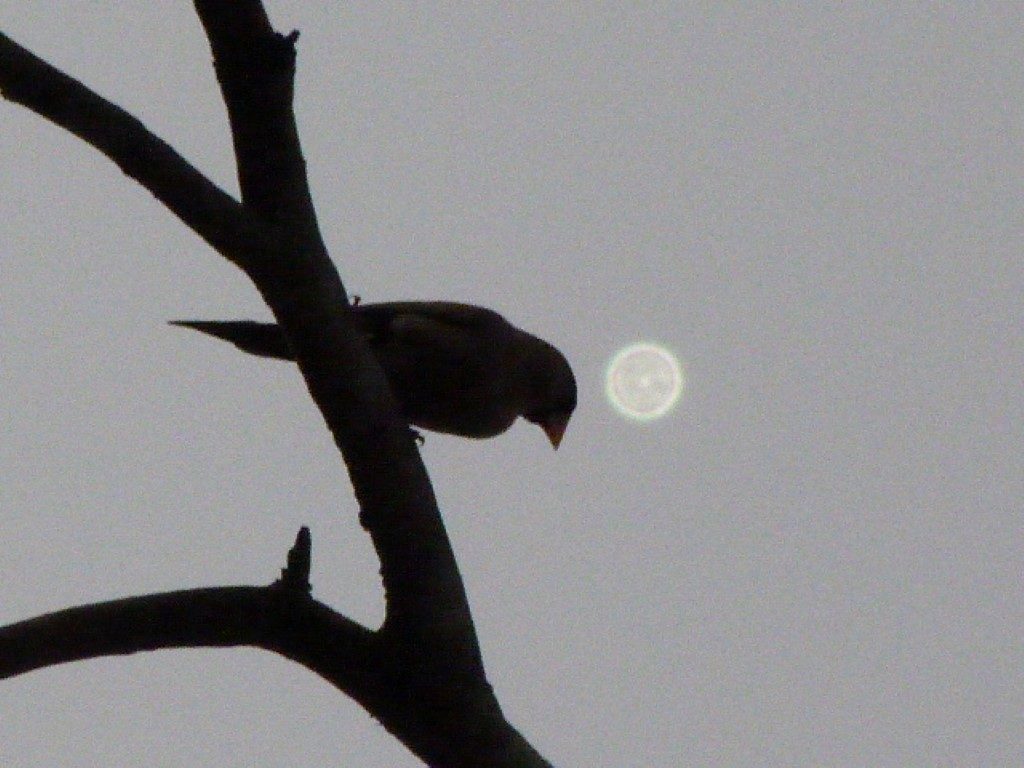 Badmeester in Tibet
View all posts by DirkJan →
This entry was posted in Australia, news, reisverslag. Bookmark the permalink.

One Response to Explosive temperatures …