Today we have an invitation from the HenryFordMuseum in Detroit to visit the GreenfieldVillage to make pictures and video takes with our Model T.
Along Highway 94 we go to the museum. We had frost last night and it was rather cold in the morning, so Dirk has wrapped himself up. 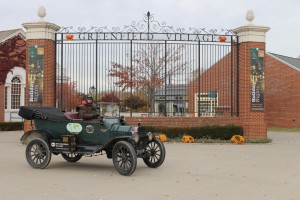 At the museum we are warmly welcomed by Melissa Foster and Jim Johnson. 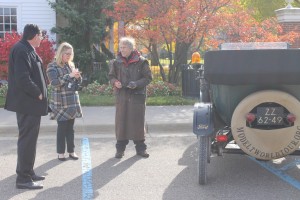 We got a private tour through the village and we took beautiful pictures near several building from the beginning of the Ford Company. 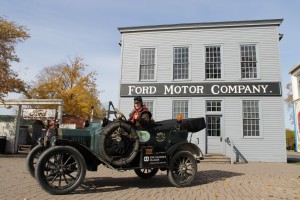 In this barn Henry Ford build his first car in 1896; the Quadricycle. 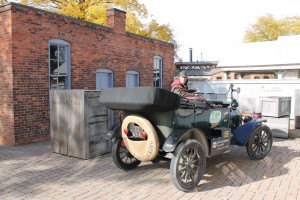 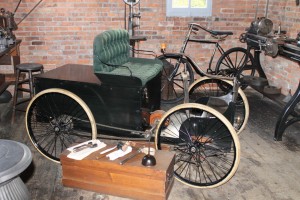 We continued our tour and visited the house were Henry Ford was born in 1863 and several other objects of interest. 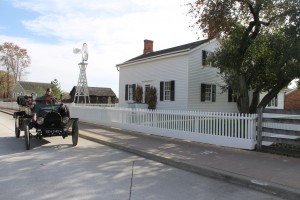 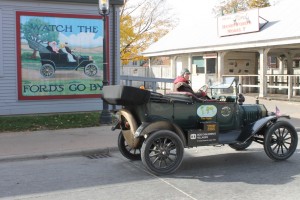 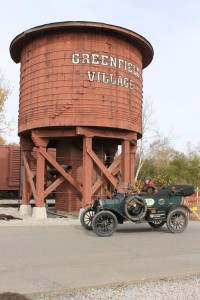 There is also a garage full with Model T and Model A’s.
It is always special to see a garage like this with only vintage Fords. 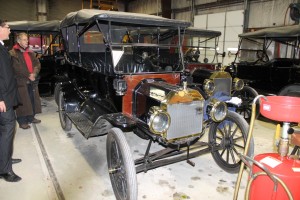 At the end of this very special tour Dirk gave an interview to Melissa about our world tour in front of the Sweepstakes from 1901. This was de race car with witch Henry Ford earned his money to start his Ford Motor Company. 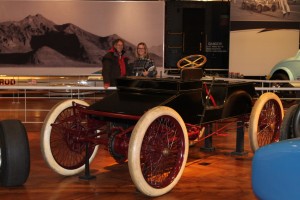 One Response to November 4th