Picknick ride in an Unic Delivery 1912

Today we are invited for a picnic ride by The Veteran Car club of New Zealand in Ohoka; a place slightly above Christchurch.
When we arrive there, a Spyker from 1907 stands in the verge. Unbelievable, a Spyker in the wild. This is owned by a man who’s name is also Spyker and is related to the Spyker brothers from the famous Dutch car brand from the beginning of the last century.

In the barn of Kelvin Finlay is a car of a brand unknown to me; a Krit from around 1913. Upon inquiry Krit is a car brand from Detroit from the beginning of the last century.
The swastika on the emblem does a bit strange, but the car is from afar before the 2nd World War, so then apparently that was possible. 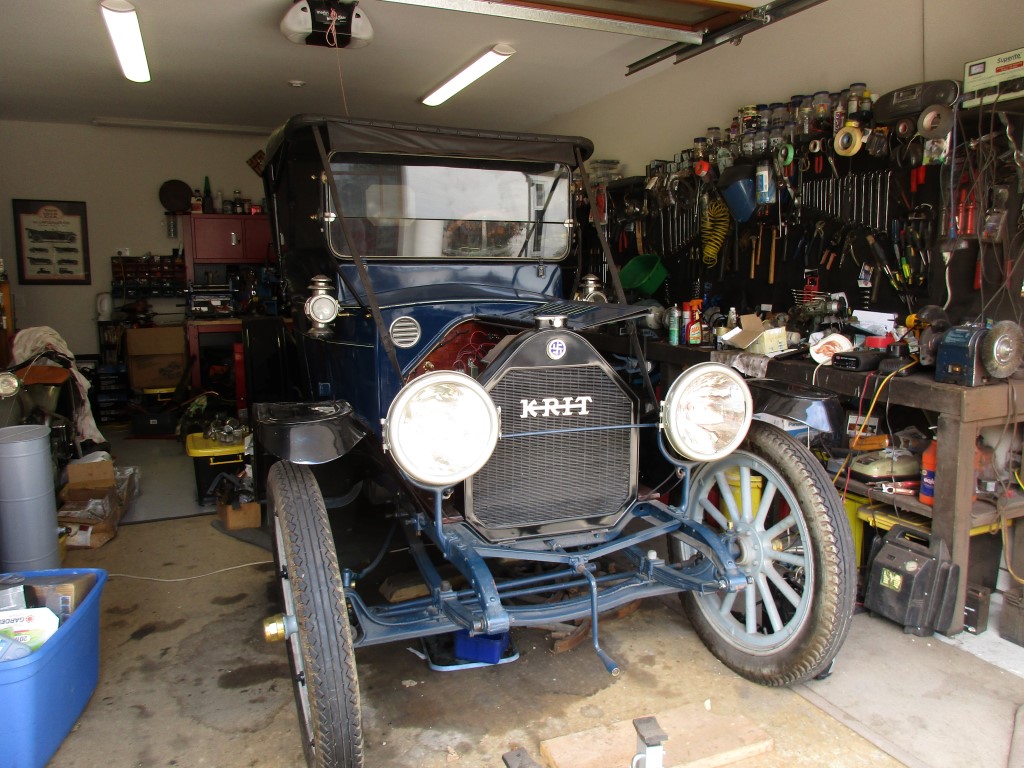 Trudy and I can ride the picknic ride with Tim Palmen in a Unic Delivery from 1912.
The coach of this French car was built at the time by a coach builder in Christchurch.

Trudy is in the back and has a lot of space.
Tim and Dirk are “on the box”.

Afterwards we have a nice chat and Dirk and Ron Duckworth have the greatest fun.

Badmeester in Tibet
View all posts by DirkJan →
This entry was posted in New Zealand, news. Bookmark the permalink.

4 Responses to Picknick ride in an Unic Delivery 1912